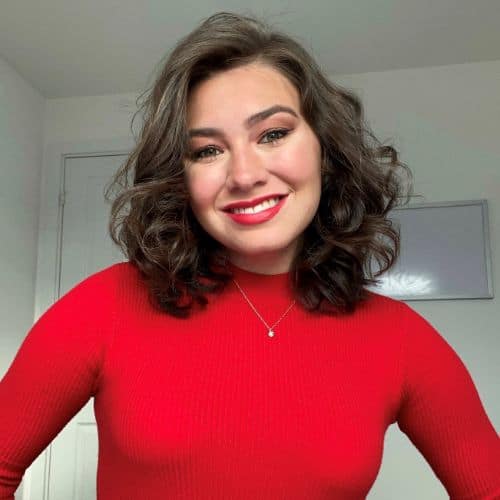 Keynote and motivational speaker, workshop coach and trainer, presenter, delegate to the 65th UN Commission on the Status of Women, journalist, actress, comedian

"I have had the pleasure of attending several engagements with Eva, where she has represented Plan International UK as a member of our Youth Advisory Panel. Eva has spoken to large audiences on our behalf and always presents in a way that is insightful and impactful - getting to the heart of the issue, while including her own thoughts and experiences that really resonate with audiences. At the launch of our “What Works for Public Sexual Harassment” report Eva presented a powerful and heartfelt account of her experiences of public sexual harassment. She has also spoken about this topic on This Morning and BBC Radio Cambridge, as well as working with our corporate partners, including The Body Shop, to bring our joint campaigns to life on Instagram."

Raised by a single mum in Liverpool, Eva’s life has already followed a remarkable course, becoming the Young Lord Mayor of Liverpool and gaining a place at Cambridge University’s King’s College.

Eva is a powerful motivational speaker, specialising in Mental Health, Women’s Rights, Equality and Climate Change. She was a member of the Youth Parliament for Liverpool and spoke in the House of Commons about Hate Crime. She’s appeared on ITV’s This Morning, discussing public sexual harassment and was the UK Delegate to the 65th UN Commission on the Status of Women. Eva delivered workshops at The Body Shop global meeting about period poverty, stigma and education and has made appearances as a contributor for the BBC and Times Radio.

A Writer and Journalist, she has written for Varsity and been the Blog Editor for King’s Politics, the biggest political society at Cambridge University, interviewing leading politicians and campaigners.

Eva is a passionate campaigner herself and ran ten marathons in a year to raise money for the children’s charity, Plan International UK for whom she also delivered workshops. She has worked with Instagram, Facebook and WhatsApp appearing in the Girls Get Equal Listening Sessions, discussing online harassment.

A natural on stage performer, Eva is a highly accomplished actress, receiving glowing reviews below for her appearance as Linda in the ADC Theatre’s adaptation of Willy Russell’s classic play “Blood Brothers”. She’s also a comedian, regularly performing stand-up and sketches.

“Carroll, making a strong debut in Cambridge theatre, was compelling in the second half where the character of Linda really comes into her own; Carroll’s physicality of the vivacious young woman giving way to the exhausted, isolated housewife dragging shopping bags behind her was heart-wrenching.”

“I was particularly impressed by the performances from […] Eva Carroll. Whilst other actors perhaps struggled to consistently convey a sense of variety in Russell’s dialogue, Carroll took on her role with remarkably good judgment, allowing herself to relish in the quieter moments of the script.”

When I was growing up, my mum had two rules which were, first, ‘never give up’ and second, ‘always do your best’. I have lived by this life advice after many setbacks and difficult times. It resulted in me getting a place at Cambridge University, coming from a state school and single parent family in Liverpool, speaking in the House of Commons, leading national campaigns on gender equality and running ten marathons for charity in a year. If you don’t believe in yourself, nobody else will; you need to become your own best friend and realise you can do incredible things.

Now more than ever must we prioritise mental health. The past few years has witnessed unprecedented hardship in various ways and being alert and sensitive to those around us has never been more important. Growing up I have experienced anxiety around my body image which has held me back at times from doing the things I love. Although the conversation around the need for mental health support has become more public, a greater focus must be given to eliminating the shame associated with illnesses. I am passionate that everyone should feel supported in their mental health so they can thrive and enjoy life to the fullest.

The past couple of years have demonstrated that the fight for women’s rights has never been more important. The murder of Sarah Everard by a serving policeman demonstrated that women are not safe on our streets and highlighted the damaging effects of Public Sexual Harassment- something 97% of women experience. Then in 2022 the world wakes up to see Roe v Wade overturned and women’s bodies controlled by the state. Not only are reproductive rights threatened, but time and time again women (particularly women of colour) face persistent and fatal medical inequality as we are disbelieved and dismissed. It seems that every day when I wake up, I see another way the big world I live in could become smaller because I am a woman. It is our job to look everyday for ways to change that.

Recent decades have seen huge progress and acceptance of people who identify as LGBTQ+, both in laws and culture. However, society has become complacent when it comes to protecting and fighting for the rights of everyone in the queer community, particularly people who identify as transgender. In addition, as someone who came out as bisexual last year, I have noticed both the fetishization of queer women and fear of their sexuality. There are persistent and important conversations which need to happen to not just tolerate but celebrate the LGBTQ+ community.

Educational inequality is one of the most harmful disparities in the UK, which starts in the early days of primary school but continues through to higher education. Only 7% of all UK pupils attend private schools, yet 42% of Oxbridge places go to private school pupils. Coming from a state school in one of the most deprived areas of Liverpool and getting a place at Cambridge is an oddity. A lot of the time I felt very out of place at Cambridge and had to constantly remind myself that it was a place for me, and I deserved to be there. I want everyone to feel they deserve the best from their education and not be forced to settle for less.