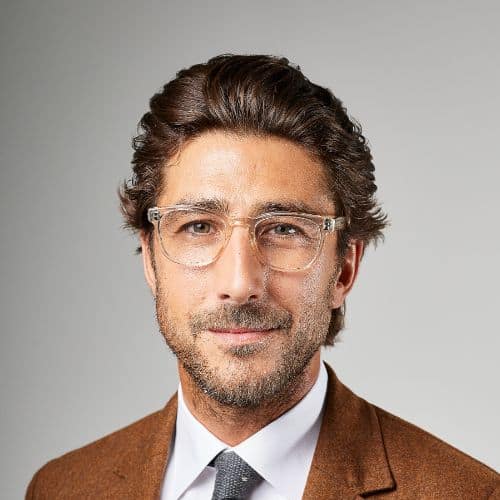 Fabrice has 20 years of experience in strategic affairs and international public policy. As Chief Executive Officer at Rasmussen Global, a strategic advisory firm, he advises and oversees large projects for multinational businesses and sovereign clients on geopolitical issues, EU policy, and transatlantic affairs. He led a multi-year transatlantic campaign advising the President of Ukraine. He co-founded the Transatlantic Commission on Election Integrity bringing together leading figures from politics, media and technology including Anders Fogh Rasmussen, Michael Chertoff, Joe Biden, and Nick Clegg.

Fabrice served as Director of Policy Planning from 2010 to 2016 for two successive NATO Secretary Generals, Anders Fogh Rasmussen and Jens Stoltenberg. While at NATO he developed some of the Alliance’s most consequential initiatives such as the Readiness Action Plan and Smart Defence and played an active role in Nato’s operation in Libya and response to the 2014/15 Ukraine crisis.

Before his time at NATO, Pothier founded Carnegie Europe, part of the Carnegie Endowment for International Peace, which became one of Europe’s leading foreign policy think-tanks. Fabrice Pothier is widely published and quoted in the international media, and regularly speaks on international affairs and security issues. As senior defence consulting fellow at the International Institute of Strategic Studies he writes on issues such as European defence, defence innovation and technology and transatlantic relationships. He is also engaged in President Macron’s La République en Marche.