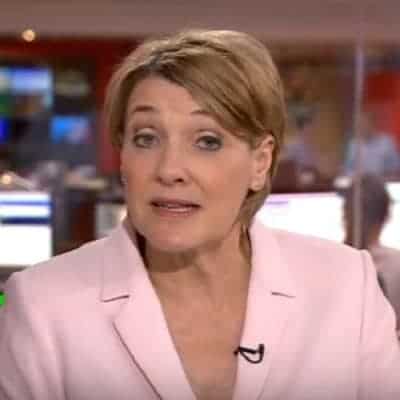 Presenter, producer and writer in areas ranging from news to features and sport

Fiona Armstrong has been a familiar face on national and regional news for many years. She is currently reporting and presenting for ITV’s Borderlife and Lookaround programmes in Scotland and also presents on the BBC News Channel.

"She was really fantastic. So comfortable with autocue, a pleasure to work with and very personable with our sponsors and guests."

"I would like to thank you for being such an elegant and accomplished host at the Regional Business Awards Dinner...The evening was a huge success and we have received many letters of congratulations from those guest who attended. We hope you enjoyed the evening and thank you for your professionalism..."

"Just to let you know the client thought Fiona was excellent. Apparently they're quite a tough crowd and she kept their attention throughout the (20!) awards."

"Your input was well received by all the delegates present and your light-hearted method of delivery was very appropriate at the start of the day. Once again may I thank you for helping to make the day a success..."

Fiona has made films on Aids orphans in Africa and the Lockerbie air disaster. More recently she reported on the removal of landmines in Cambodia and the work of the Mercy Ships in West Africa. She has also just fronted a series on domestic abuse. Other recent projects include a series called River Journeys and Reivers, which looked at borderland history.

Fiona started her broadcasting career with Radio 210 in Reading and the BBC in Manchester. She has since worked for Border TV, with ITN as a newscaster, with GMTV, BBC World News and the Carlton Food Network, where she presented a series called Easy As Pie. For the American network, NBC, she fronted several series of Executive Lifestyles. She has contributed to programmes for Radio 2 and 4.

Her work has covered subjects from politics to fishing, from cooking to antiques. As one of the UK’s best-known women anglers, she has presented fishing programmes for Sky TV.

Fiona has written two fishing books and two cookbooks. She has a column in the Scottish Field about Scottish clan life and another in an American/Scottish magazine. She has produced more than 20 films and videos on Scottish clans. She is currently writing a book on a family member who was literary confidante to Queen Victoria. She is married to a Scottish clan chief and likes to swim, fish and cook.

In January 2016, Fiona was appointed the very prestigious position of Lord Lieutenant of Dumfries by the Queen, acting as the personal representative of the Crown for the county.