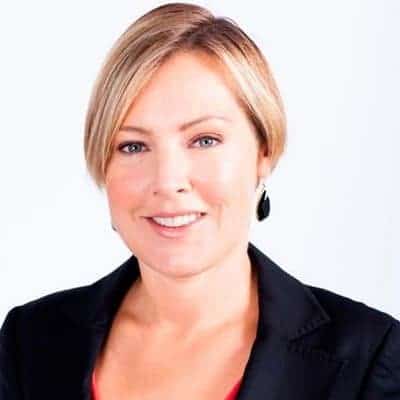 Chairman of the US Editorial Board and America Editor-at-Large, Financial Times Awarding-winning journalist

Gillian Tett has an unparalleled track record at predicting important trends that impact the world. She called the credit crunch crisis three years ahead of anyone else. Her journalistic work, to chart and explain the ensuing global financial crisis is well documented and she has received awards for her work.

"Your contribution to the overall success of the event was the difference between a very good event and an excellent one. One client, head of our national treasury management, said to me on leaving that in all of the years attending our event – 8 years – you were easily the best and most captivating speaker. It was apparent you put a lot of thought and preparation into what you were going to say and it was very well received. Your insights were unique and your presentation was compelling and it was clear to all of us how much passion you had for the chosen subject. And so a sincere thank you for being our 2016 guest speaker. It was my first event as managing partner and, while I had a lot to live up to, your presence and presentation made this an event to remember for the all the right reasons."

"Gillian was informative, delightful and captivating. Our agents loved her! Her knowledge and expertise on multiple topics during Q&A is impressive. We thoroughly enjoyed having her."

"Gillian gave a really interesting talk and you couldn’t hear a pin drop whilst she was speaking. The content was really informative (links were made with our business) and there were lots of good questions from the audience. I thought she was really engaging and added humour to her anecdotes."

"Dear Gillian — Thank you once more for your excellent contribution in the [ . . . ] Leadership Forum last week. The spontaneous comments re your presentation were very positive."

"Gillian, Thank you for coming to our conference in Boca and making it an absolute success. I cannot tell you how many attendees came up to me to applaud your good work. You provided a thoughtful assessment of the state of the industry and gave us some trends to be motivating, including cyber-security. I hope we can tempt you back in the future."

A Leading Trade Organization for the Futures, Options and OTC Cleared Swaps Markets

"Tett really wowed them, she talked about the present and the future of the markets. It’s clear that she’s interviewed leaders in the financial world from Madoff, Geithner, Volcker and heads of state. She talked about the recent downgrading of the U.S. economy by Standard and Poors and it’s impact on the debt ceiling, the value of the dollar and treasury bills. The President of the […] loved her and she delivered a talk that was tailored specifically for this group. She was a homerun."

More recently, she foresaw the rise of populism, the electoral success of President Trump, and she now warns on the emerging risks posed by certain new types of Fintech — products and services that arise from new types of ‘financial innovation’ and the current lag of effective regulation and governance to manage these activities.

Gillian is about to publish a new book, Anthro-Vision: A New Way to See in Business and Life (June 2021). Gillian offers a look at how businesses can revolutionize their understanding of human behavior by studying consumers and organizations through an anthropological lens.

Gillian Tett is Chairman of the US Editorial Board and America Editor-at-Large at the Financial Times. In her previous role at FT, she was Managing Editor (US) and columnist and also oversaw global coverage of the financial markets. Her twice-weekly column earned her recognition as Columnist of the Year at the 2014 Press Awards. In 2004, Gillian began building a team at the Financial Times to cover capital markets, correctly anticipating the need to watch an industry growing uncommonly fast. By 2007, a year ahead of the curve, she began issuing her news breaking warnings of a looming financial crisis.

She is the author of The Silo Effect: The Peril of Expertise and the Promise of Breaking Down Barriers and the New York Times bestseller Fool’s Gold, the gripping tale of how a team of Wall Street bankers led by J.P. Morgan’s CEO Jamie Dimon created the world of ‘shadow banking,’ and then lost control of their creation. Fool’s Gold is a vital contribution to our understanding of the worst economic crisis since the Great Depression. She also wrote Saving the Sun, about Japan’s financial collapse in the 1990s. She was Japan bureau chief for the FT during their ‘lost decade’. Gillian’s next book will be about why every CEO (and investor) needs their ‘inner anthropologist’ to make informed decisions.

In recognition of her work, Gillian has won several awards, including the UK Speechwriters’ Guild Business Communicator of the Year 2012, the Journalist of the Year at the British Press Awards 2009, British Business Journalist of the Year in 2008, and the Wincott prize in 2007. Gillian also received The British Academy President’s Medal 2011, which rewards service to the cause of the humanities and social sciences, specifically for her insightful journalism contributing to public understanding. More recently, she was recognized as Columnist of the Year at the 2014 Press Awards.

Gillian has a PhD in Social Anthropology from Cambridge University, based on research conducted in the former Soviet Union in the early 1990s. She speaks French and Russian and has studied Japanese and Tajik.

Dazed and Confused: Making Sense of an Uncertain Economy

Gillian gives her views on the current trials and tribulations of the economy — she takes a global view and adds her individual focus on what lies ahead.

Why Every CEO Need an Anthropologist

Gillian outlines the nature of ‘tribal’ behaviour and how organisations work as distinct societal groups. She gives examples where certain organizations developed ‘tunnel vision; and ways to survive this trap by expanding their thinking across boundaries by embracing diversity, holistic thinking and to design system wide learning.

Today’s world is economically and politically unstable, anti-expert, post-truth, uncertain of its financial and physical borders. Gillan will outline why it is so crucial to take a joined up view about what lies ahead for the political economy.

Trump, Brexit and the dangers of modern political tribalism

Gillian gives an incisive and illuminating view on the current and emerging forces impacting our world today, both in the US and internationally.

Silo-busting: a new perspective on why diversity really matters

Diversity has many faces and is an essential part of any healthy organization. She gives prime examples of where this lack of diversity led to catastrophic mistakes and also where it led to improved thinking and decision making. Within this area, Gillian also can talk about he boundary between finance and philanthropy and finance and technology.

Fintech and Financial Markets — the road ahead ?

Gillian warns on the trend between increasing reliance on complex financial instruments, the risks of relying on excessively expert experts and a world where fast returns are made on capital. We shouldn’t forget the lessons of a decade ago with Fintech strategies that few truly understood and which led to disastrous outcomes for many.

Silo-busting;the secret to success in the tech world

Why do some companies succeed brilliantly, but others fail? Why do some executives seem to triumph in business, but others do not? If you ask many tech experts that question, they might point to skills in computer engineering. But as Gillian Tett will explain, citing the examples from well known firms, that this only explains part of the tale.

The other key ingredient which technology experts need to ponder is social engineering — or the importance of cultural and social patterns. And one of the most important of these cultural challenges is the problem created by silos — and the need to overcome this.