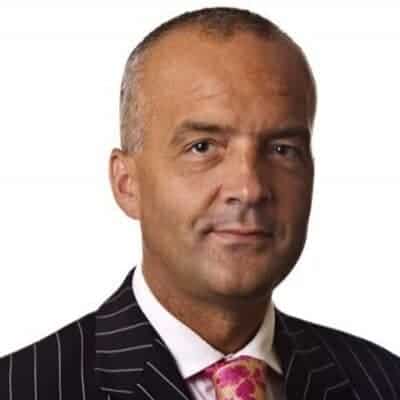 Graeme Leach has presented hundreds of speeches across twenty-five countries around the world.

"An inspiring speaker on the present and future economic outlook, not afraid to challenge received wisdom. Graeme is particularly good at making the complex sound simple, and engaging his audience while dealing with very complex subjects."

"Very great speaker and really easy to work with."

His audiences have ranged from after-dinner speeches to large conferences, including two thousand people in the Royal Albert Hall. Graeme has built a reputation for delivering complicated economic issues in a clear, powerful and engaging way.

He is also a regular commentator on both TV and radio for BBC News, Sky News, the Radio 4 Today Programme and Radio 4 World at One and has completed more than 100 live media interviews.

The Chief Executive and Chief Economist of macroonomics, a geopolitics and future research consultancy launched in 2016, Leach is also a visiting professor of economic policy, a member of the IEA Shadow Monetary Policy Committee, a senior fellow of the Legatum Institute and has a weekly column in the City AM newspaper.

Before forming macronomics, Graeme was Director of Economics and Prosperity Studies at the Legatum Institute which has a focus on what the drivers of Global prosperity are.

During 1997 and 2014, Graeme worked as Chief Economist and Director of Policy at the Institute of Directors (IoD), where he was also a member of the Board. He has represented the IoD in economic policy discussions with the Chancellor of the Exchequer and 10 Downing Street.

In his earlier career, he was Chief UK Economist and Chief International Economist at The Henley Centre for Forecasting. He was also Economic Advisor to the Scottish Provident Investment Group.

Graeme has undertaken hundreds of live television and radio interviews including BBC News, Sky News, the Radio 4 Today Programme and Radio 4 World at One.

As a speaker, Graeme has presented almost one thousand speeches in the UK in twenty five countries around the world. He has presented to audiences ranging from very large conferences including two thousand people in the Royal Albert Hall to after dinner speeches. He has built a reputation for delivering complicated economic issues to audiences in a clear, powerful and engaging way.

Graeme often challenges conventional thinking and helps people to understand the big picture by having a clearer vision of tomorrow, today.