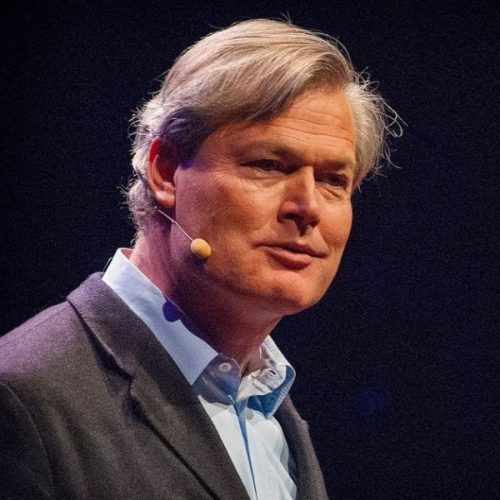 Gunter Pauli is an entrepreneur, lecturer and commentator whose interests span culture, science, politics, sustainability innovation, and the environment.

"When Gunter Pauli fronts up to the audience it is like a sudden burst of (renewable) energy and excitement has gushed into the room."

He is a champion of sustainable design and is dedicated to developing innovative business models which will not damage health or the environment.

A charming, passionate and persuasive speaker, Gunter has made it his life’s work to design new business models that work in harmony with the environment. He founded the ZERI Foundation – Zero Emissions Research & Initiatives to carry out this work gathering together a global network of creative minds dedicated to developing new projects. They currently have nearly 200 in action – including recycling coffee waste for mushroom farming, making biodegradable detergent from discarded citrus peel, and the conversion of petrol stations into ‘charge stations’ for electric cars.

He has set out the philosophy behind the foundation in a powerful book called The Blue Economy.

In 1992 as chairman of Ecover he built the first ecological factory and was then commissioned to look at the business models of the future by the United Nations.

His visionary approach resulted in an invitation to present his cases at the World Expo 2000 in Germany where he constructed the largest bamboo pavilion ever made.

He has been a member of the boards of several NGOs and private companies in Asia, USA and Latin America and advisor to the Rector of the United Nations University in Tokyo.

He was assistant to the founder of the global think tank The Club of Rome for 5 years and wrote his first book about his boss there. Since then he has written around 20 books printed in 34 languages, and 125 fables for children.

He was born in Antwerp, Belgium and graduated from the University of Antwerp in economics. He has a masters degree in business administration from INSEAD. He is fluent in seven languages and lives in Japan.

Innovation and its role in society