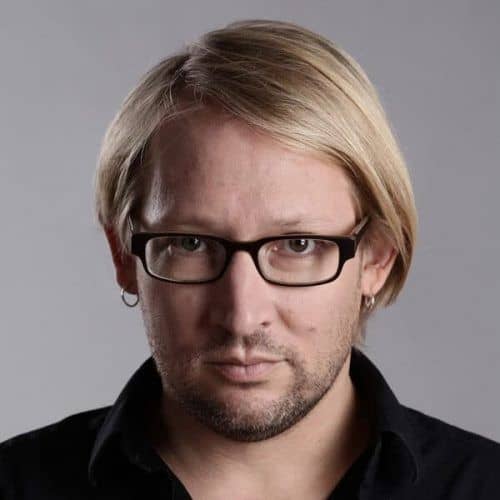 Guy Hoffman is a renowned roboticist and speaker, whose research focuses on Human-Robot Interaction and artificial intelligence (AI).

Through his research Guy is leading the innovation movement towards integrating robots into people’s every day lives. He is also a Cornell University Professor of Mechanical Engineering and IDC Media Innovation Lab Co-Director. He is also an assistant professor at the Cornell University School of Mechanical and Aerospace Engineering and former co-director of the IDC Media Innovation Lab in Israel.

As a speaker, he is passionate, provocative and entertaining and challenges people’s thinking about the future of robotics and artificial intelligence (AI), addressing concerns with the social and cultural questions being voiced. Through his talks he explores the reasons behind why giving up some control can make robots better companions. Being recognised as an innovator, his popular TED talk continues to be a viral sensation being in the top ten most-watched TED talks of 2014.

Guy’s research not only spans the robotic theater and music performance fields but also urban media experience, interactive architecture, algorithmic photography and data visualization. His work has been published and exhibited worldwide and has been reported in the international press including CNN, BBC, PBS, NBR and The New York Times.

Guy has received various awards including twice chosen to be Israel’s most promising scientists under 40. He also won the 2007 IEEE International Robot Design Competition and also received Time Magazine’s “Best Inventions of the Year” Award.

Less than Perfect Robots: Lessons Learned from Jazz and Theater for AI Robots

Living with Robots and AI: Will We Remain in Control?