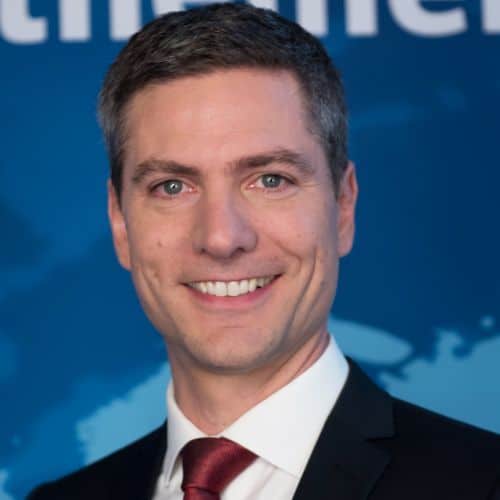 Ingo Zamperoni is a television correspondent at the Washington, DC bureau of ARD German Public Broadcasting, covering breaking news and all kinds of newsworthy events from all 50 States, mainly for Germany´s prime television news programs “tagesschau” and “tagesthemen”.

A son of an Italian father and a German mother, he experienced bi-cultural relations early on. After studying American studies and history in Konstanz and Berlin, he earned a Master´s degree from Boston University. He went on to work as a news producer in the same ARD bureau in Washington he works for now.

Following the experience of covering his first presidential campaign in the 2000 election, Ingo returned to Germany to begin a journalistic apprenticeship program (Volontariat) at Northern German Broadcasting NDR in Hamburg.

In 2002, he started working as a domestic correspondent for ARD Aktuell. After a few years of reporting, he became one of the two main anchors of ARD´s late news program “nachtmagazin”.

In 2012 he also became the substitute anchor for “tagesthemen”. In early 2014 he moved back to Washington, DC to assume his current position.