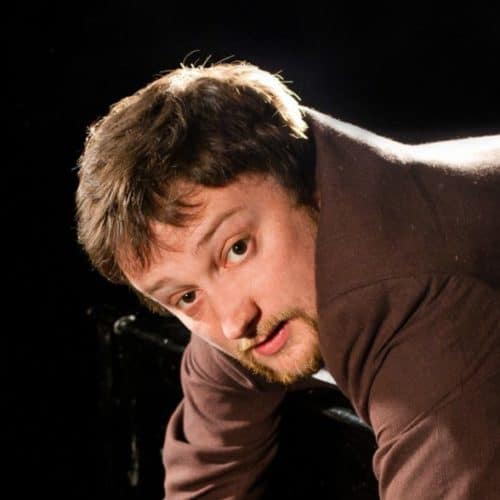 Like many an Essex boy before him, James Sherwood was raised in Oxford, Bristol, Essex, and London, went to Magdalen College, Oxford and sang in the choir. Early comedy success included being a semi-finalist in ITV’s stand-up talent show Take the Mike, being a runner-up in the BBC New Comedy Awards and the FHM Holsten Pils Comedy Final.

"Worth the ticket price alone ... clever, funny and will have fans singing along."

James has made a name for himself on the live circuit as a musical comedian par excellence, sandwiching topical material amongst his self-penned original comic songs. Although this involves lugging a keyboard around with him, it’s worth it – songs about grammatical inaccuracies and failed nightclub courtships have had audiences literally crying with laughter. He regularly reviews the newspapers on Sky News, writes a regular blog on The Guardian website and spends most Sundays singing in a church choir, despite not actually being religious.

His debut Edinburgh show ‘I Know What You Did Last Sunday’, was a total sell-out and was followed in similar fashion with ‘James Sherwood’s Somewhat Premature Review Of 2007’. Other Edinburgh shows followed with critical acclaim, whilst his writing career saw him awarded the BBC Radio Comedy Writers Bursary in 2008, before going on to receive a Sony Award in 2009 as part of the Now Show writing team. Other radio writing includes The News Quiz (amongst many others) and as performer he’s been on 4 Stands Up and Loose Ends.

In 2010, James won “Best Comedy Show” for At the Piano at Hollywood Fringe Festival and in the same year was nominated for Buxton Festival Fringe Awards as “Best Individual Comedy Performance” for One Man and His Piano.