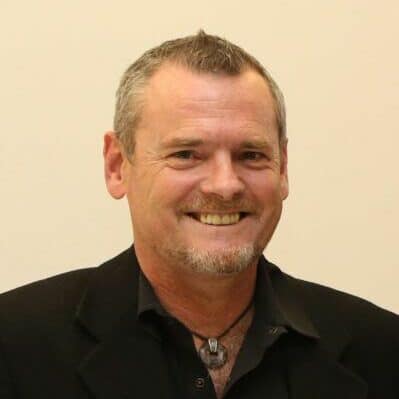 Left for dead with a shattered leg in a crevasse high up in the Andes, Joe Simpson’s dramatic tale of survival has led to a career as a writer, motivational speaker and broadcaster.

"Praise for 'Touching the Void': On every level it is an outstanding literary achievement."

"Praise for 'Touching the Void': A truly astonishing account of suffering and fortitude... the narrative acquires an irresistible force, carrying all before it."

His book, Touching the Void deals with teamwork, goal setting, leadership, strategy, planning, motivation and our ability to reach beyond what we thought was possible. It has sold almost two million copies and has been translated into 23 languages. It has become one of the all time classics of mountaineering and is hailed as an account of psychological witness of the rarest compulsion and won the Boardman Tasker Prize in 1988, the NCR Non fiction Award in 1989 and has been a set text on the GCSE syllabus.

The drama documentary film based upon the book has been named Outstanding British Film of 2004 by BAFTA and Best Film from the Evening Standard. It is now officially the most successful documentary in British cinema history.

Simpson has won high praise for his inspirational speaking qualities. His presentations are also often accompanied by stunning photographs and video.

His career as a motivational speaker developed directly from his ordeal on the mountain. The story of how Simpson crawled his way back to civilization now provides the basis for his powerful message to the corporate world about overcoming the odds and drawing on deep reserves of inner strength.

Told he would never climb again following the accident, Simpson defied the odds and went on to climb many more mountains. He’s worked as a mountaineering guide all over the world and has written several more books. Another of Simpson’s books, The Beckoning Silence about his attempt on the North Face of the Eiger, was made into a documentary shown on Channel 4 in October 2007.