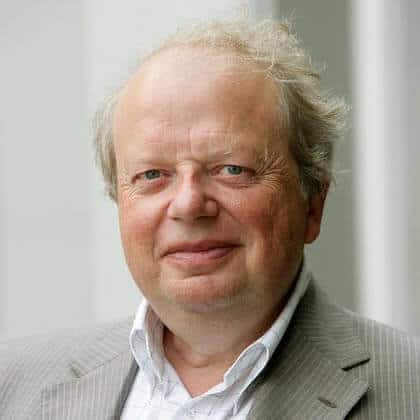 One of the UK’s best known television and radio journalists, John Sergeant worked as Chief Political Correspondent at the BBC for eight years before moving to ITN. A household name, Sergeant’s experience, political knowledge and love of the English language have seen him work with numerous television and radio shows.

"Testimonials for Maggie: Her Fatal Legacy: Sergeant is an amusing and agreeable man, qualities found in this entertaining book"

"Testimonials for Maggie: Her Fatal Legacy: Vivid and illuminating...an important story and it needed telling"

"Testimonials for Maggie: Her Fatal Legacy: [Sergeant's] anecdotes and apercus are to the point...the cumulative effect is devastating"

John Sergeant’s years of working as a journalist, radio and television presenter mean that he is an extremely experienced speaker. He is able to encourage and inspire at awards ceremonies and is an authority on politics and travel.

Sergeant studied Politics, Economics and Philosophy at Oxfords Magdalen College. After graduating, he went to Darlington College, where he trained as a journalist. During this time, he also worked for the Liverpool Echo. In 1970, after completing his journalism training and having worked for the Liverpool Echo for three years, Sergeant began working as a radio reporter for the BBC.

Working for the international news team, he covered major events from countries all over the globe. In 1981, he became a Political Correspondent. He also worked with Radio 4, featuring on The World at One and Today. In 1992, he was appointed the BBCs Chief Political Correspondent, a role in which he remained until the year 2000. Sergeant then moved to ITN, becoming their Political Editor, a role in which he remained for two years until his retirement.

Since retiring from journalism in 2002, Sergeant has been involved in a number of television programmes. He has appeared on Have I Got News for You, Countdown (in Dictionary Corner), Argumental, QI, and has narrated Grimefighters. In 2008, Sergeant was a competitor on the BBCs Strictly Come Dancing. His popularity with the viewing public was evident; they voted to keep him in for several weeks. After week ten, he decided that due to the fact that there was a chance he could win the competition despite his poor marks from judges, he should leave the show, again demonstrating his integrity.

Since Strictly Come Dancing, Sergeant has appeared in numerous television programmes. He has worked for Mentorn TV on documentaries such as ITVs John Sergeant’s Tourist Trail (about UK tourism) and the BBCs John Sergeant on the Tracks of Empire (about railways in India). In early 2012, he presented a BBC documentary about the early photographer Francis Frith, entitled Britain’s First Photo Album. He is a reporter on The One Show, and has previously acted as a stand in as a host of the programme. Sergeant currently also works as a speaker, a role in which his experience and knowledge enable him to entertain, inform and inspire audiences.