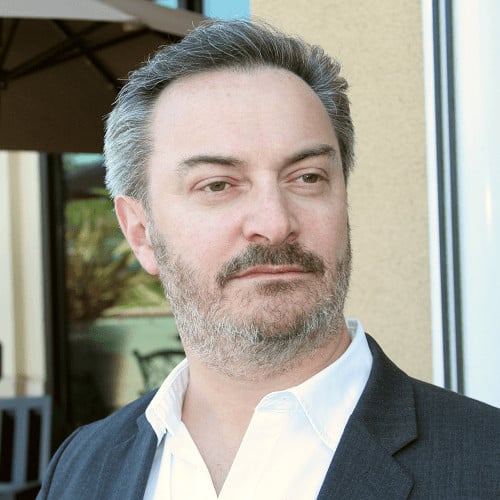 Human Future founder and CEO, educator, mentor, author, and a former CIO for the City of Palo Alto

For almost 30 years, Dr. Jonathan Reichental has been successfully helping organizations leverage the value of information and communications technology to solve business problems, increase effectiveness, and support revenue growth. He has experience in both the private and public sectors.

"I have rarely seen a public servant with such a visionary mind and a hands on-mentality as Jonathan. He is a truly inspiring speaker and shows us the way forward in an entertaining way. Perhaps most importantly besides all the digital numbers - he stays a human inside, knowing that human-centered approaches are the way to success. Definitely a recommendation for anybody who is seeking a powerful speaker with private and public sector background."

"Having Jonathan speak at a conference not only tops your conference agenda but his depth of knowledge and the way he delivers it is impeccable."

"I have found Jonathan to be an extremely articulate individual who is able to express complex thinking on a variety of technology and social media topics in clear, direct language that has influenced my own thinking. To me, this is the definition of a thought leader."

"Jonathan is one of the best speakers in the world about smart cities and the silicon valley mindset."

"Jonathan is a rare gem; one of very few who are able to take the most complex of concepts and transform them into a meaningful narrative that can be understood by everyone."

He spent almost 15 years at PricewaterhouseCoopers (PwC) in a variety of technology-related roles including leading technology innovation by delivering specific expertise in emerging technologies and the impact of macro trends such as demography on organizational success.

He is formerly a multiple award-winning Chief Information Officer (CIO) for the City of Palo Alto, focusing on modernizing the technology environment, implementing enhancements to the citywide SAP implementation, and pushing the boundaries of innovation in local government such as open data and broader civic participation through mobile devices. Under Jonathan’s leadership, Palo Alto has been named one of the top 5 digital cities in America four years in a row, including the top spot in 2013.

Prior to joining the City, Jonathan served as CIO of O’Reilly Media, an integrated media company. During his tenure he led the successful technology effort to deploy a new global ecommerce platform, enhanced the Oracle financial system, completed and maintained PCI-compliance, implemented an IT governance process, and made several strategic upgrades to the network infrastructure.

Jonathan was awarded the distinction of being one of the 25 Doers, Dreamers, and Drivers in Government in America in 2013. He also won a best CIO in Silicon Valley award and a national IT leadership prize. He has also recently been named the top social government CIO on Twitter and his blog was named one of the top 50 must-read in government.

Dr. Reichental holds several degrees including a Ph.D. in Information Systems. He informally advises several technology start-ups and is engaged in a variety of charity efforts in Silicon Valley. Jonathan is a co-founder of Code for Ireland. He is also an adjunct professor in the School of Management at the University of San Francisco, and several other universities across the United States.

Jonathan is also a highly sought-after public speaker and presents on a range of subjects which has included a TEDx presentation on the future of privacy. He is a popular writer and online host, producing several highly successful online courses with LinkedIn Learning. His work has been featured on media such as National Public Radio (NPR), CBS Radio, Forbes, Wall Street Journal, CIO magazine, InformationWeek, Computerworld, and Government Technology magazine. His TV appearances include CNBC and NBC News. He co-hosts the popular podcast, Drinking Wine Talking Tech.

He is a popular blogger, and recently co-authoring The Apps Challenge Playbook. Along with his co-author, Brett Hoffstadt, Jonathan is also the author of the Exploring Smart Cities Activity Book for Kids. This STEAM-oriented exploration of the smart and sustainable cities movement is the world’s first kid-friendly book focused on this important topic. Its interactive format comes with an engaging historical narrative written in entertaining and memorable rhymes. 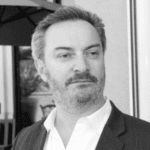 Quantum Computing Is Coming. Are We Ready?

Classical computing, the technology inside all our devices today, has served us well. But soon it will begin to peak as we reach the limits of how much performance can be squeezed out of it. Fortunately a whole new science of computing is emerging that will take off where classical computing ends. It’s called Quantum Computing and eventually it may be millions of times faster than technology today. It will transform industries and create new ones. It will be disruptive and game-changing. This talk provides the basic background and the inspiration to take action.

The Impact of the Fourth Industrial Revolution in Various Industries

Do you and your organization fully understand the magnitude of change that is coming? Will your skills and your organization’s mission continue to be relevant. This talk, which can be customized for your industry, will help the audience fully comprehend the transformations ahead in how we work, live, and play. The audience will walk away inspired and ready for action.

The Urgency of Innovation

Everyone hears about innovation. Everyone has their own understanding. Everyone gets that its important. But have we all created the necessary urgency given the rate of change and the risk of irrelevancy in an evolving world? This talk focuses on inspiring bolder action and helping the audience embrace and leverage the positive prospects of the future.

Dr. Reichental’s popular work as a professor in several graduate programs. It’s a whirlwind tour of some of the most important new technologies and how they might impact you, your organization, and our world. It will open the mind of every audience member and leave everyone inspired and motivated to learn more.

The Future of Cities and the Smart City Movement

Dr. Reichental is considered among the world’s leading authorities on the future of cities. He can provide a wide variety of talks on this subject that range from a high-level overview, to specific details of areas such as transportation and energy. As an insider for almost a decade, Dr. Reichental knows how cities and municipal governments function and is well placed to help the audience understand what will remain the same and what will change in the years ahead.

Dr. Reichental has created some of the world’s most popular content on blockchain technology. His work in this area has been viewed by almost a million people around the world. If you want to get a clear explanation and vision for this compelling technology, Dr. Reichental is the right speaker. He makes the complex easy to understand for the rest of us.

In the 21st century, technology is less of a barrier to implementing new ideas. It’s no longer a question of whether we can build something. We must now ask ourselves whether we should build something. Do we fully understand the consequences of our technology-driven future and the attendant actions we take? This talk will help the audience understand an emerging field that will soon become essential to every organization: the ethics of technology. Today, it’s optional. Tomorrow, it will be mandatory. Get ready now with this clear, concise, and motivational talk.