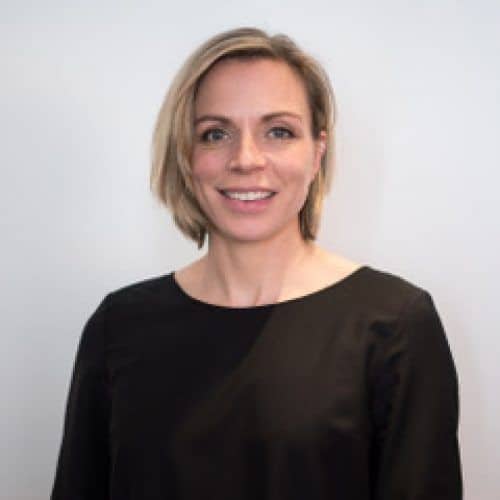 Kate Richardson-Walsh is the most capped female hockey player in her country’s history and was captain of GB women’s hockey teams for 13 years. Kate is a charismatic, inspirational and motivational speaker.

"Kate's story about building a winning team culture and her journey to Olympic success was told with warmth and humour. She captivated our whole leadership team and the messages for us and our transformation journey rang loud and clear."

"Kate was superb in every aspect. So gracious, kind with her time and so nice to everyone. Her talk was indeed inspirational and resonated with all that were lucky to hear it. There were many key take-aways and I am sure, upon reflection that there may be more! I loved seeing her emotion and passion that still fires Kate and I am sure that whatever she does, she will be a resounding success."

"THANK YOU!!!!! What a wonderful, inspirational morning. I thought Kate was amazing, She was very passionate and very honest about her role as a captain, leader and as a team player."

"Kate spoke at the Financial Times Women at the Top Summit, having just returned from Rio where she led the GB women's hockey team to Olympic victory. She gave a fascinating, insightful interview on leadership, team dynamics and the culture of a winning team, all in a way that was relevant to our senior corporate audience and which perfectly strengthened the core theme of our event: how to achieve gender balance and redefine leadership. It was an honour to have Kate join us and the audience loved it. I would fully recommend her as a speaker."

FT Women at the Top Summit

"I just wanted to pass on my huge thanks to Kate for last night's event. She was wonderful. She is such an inspiring speaker and was an absolute delight to have as a guest. We have been inundated with compliments for her and it seems she really struck the right note with audience in everything she said about team ambition and leadership. Please let her know how grateful we are."

"I just wanted to write to say the most enormous thank you for yesterday. You were utterly inspirational, and our team has not stopped talking about the impact you made. It was very easy to see why you were such an outstanding athlete, and leader. We agreed afterwards that we would all have followed you anywhere. I have seen many magnificent sports people tell their story over the years. From World Cup winners to Olympic gold medallists. You topped them all. It was an extraordinary hour that we will never forget."

"Testimonial on her book Winning Together: An Olympic-Winning Approach to Building Better Teams This book is a guide for life written by two people that I respect and revere. Together, Kate and Helen are the ultimate team - supporting each other with honesty, thoughtfulness, consideration and clarity. Now they are sharing the lessons they have learned for the benefit of all of us. I am so glad they have written this book and I am proud to know them."

"Testimonial on her book Winning Together: An Olympic-Winning Approach to Building Better Teams Many have tried to write books about winning that parallel the sporting experience and lessons learned. However, Kate and Helen's book manages to translate some of the more intangible precursors for success and describe them in a way that would be useful to another athlete or someone starting their first job in the business world. This book is human, warm and a welcome addition to the bookshelf of any person looking to learn from their remarkable example."

"Testimonial on her book Winning Together: An Olympic-Winning Approach to Building Better Teams This is the inside scoop, the real-deal on how to build winning cultures that keep people at the heart of things. The articulate details and storytelling from athletes and leaders who have walked the path is a must-read for anyone interested in contemporary performance leadership."

An inspirational and charismatic leader she has been widely credited for helping build the incredible team ethos and commitment that drove the GB team to a nail biting victory at the Rio Olympic Games.

In 1999, Kate made her international debut as a defender. Since then, during the last 17 years, Kate has maintained her performance levels as an elite athlete and has made over 370 appearances for her country. After securing a bronze medal in the London 2012 Olympic Games, Kate set her sights on her fourth Games in Rio 2016 where she competed and achieved the coveted Olympic Gold medal. Along with her GB duties, Kate captained England for 13 years, winning the European Championships in 2015 securing a bronze and two silver medals in three successive Commonwealth Games.

As GB captain, Kate was instrumental in helping to construct the team ethos and resilience that ultimately paid off in Rio. From a disastrous low of 11th place at the World Cup in 2014, a process of self-examination and rebuilding was instigated in which the team built and signed up to their own collective culture of behavior, created a sense of common purpose and installed a distributed leadership structure to make sure this lived and breathed every day. Alongside this a process of learning through experience and collective reflection helped build a team that was able to adapt and withstand pressure whenever circumstances changed.

Having retired from international hockey after Rio, Kate played one season for the Dutch team Bloemendaal and is now determined to turn her experience towards coaching, encouraging the grassroots development of the game and applying the leadership, team and performance lessons of a career in elite sport. She currently serves as an ambassador for the Women’s Sport Trust, supports disability hockey as an ambassador for Access Sport, and sits on the British and European Olympic Athlete’s Commissions. With the pressures of international hockey behind her she is also looking forward to indulging a few of her other passions, including travel, fashion, cooking and Manchester United.

Kate co-authored the book Winning Together: An Olympic-Winning Approach to Building Better Teams with Helen Richardson-Walsh. Drawing on their vast experience both in and out of sport, double Olympic medalists Helen and Kate, tell the incredible, behind-the-scenes story of how a team from the lower rankings forced its way to the top. They bring you into their team huddle to reflect and work through exercises to help improve your performance. Using their individual and collective stories they demonstrate that successful teams are made up of people who are valued as human beings and supported to individually flourish.

Kate is an experienced motivational speaker and happy to host or deliver Q&As, keynote and after dinner presentations and has a powerful leadership and team building story to tell.

Building a winning mind-set and bringing out the best in people.

How to turn performance around