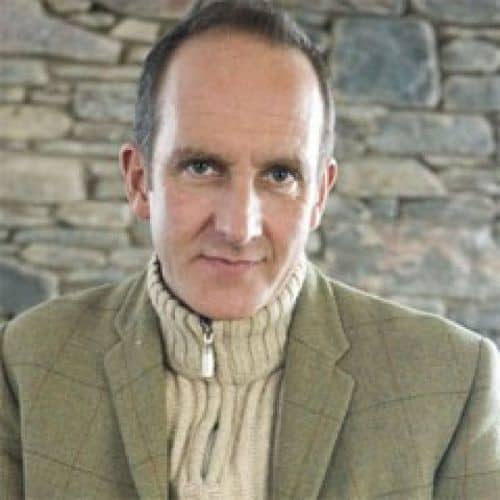 Kevin McCloud is best known for Channel 4’s Grand Designs and for his annual coverage of the Stirling Prize each October.

Kevin now champions issues such as context, the historic environment and sustainable construction, often in his feisty columns in which he takes on planners, architects and developers. His two ambitions are to entertain and to make the built environment better – and consequently make people feel better.

In 2009, Kevin launched the Grand Designs Great British Refurb Campaign, asking the Government to make is easier and more affordable for everyone to go green at home, and his new four-part series, Kevin McCloud’s Grand Tour, started on Channel 4 in September.

Kevin’s other forays into television include Don’t Look Down for BBC2 in 2002, in which he climbed six tall buildings and Demolition for Channel 4 in 2005, in which he, George Ferguson and Janet Street-Porter started a campaign to improve public space in our towns and cities.

In August 2008 Channel 4 screened Kevin McCloud and the Big Town Plan, a major series that was five years in the making, covering the problems of urban regeneration and design quality in the public realm. The effects of this series have reverberated through government, councils and regeneration agencies across Britain.

In response to the terrible quality of housing in Britain, Kevin founded the development company HAB in 2006. The first project is a community of about 200 ecological and beautiful homes in Swindon. The first phase is destined for completion in the next two years with other projects around the country already on the books.

Mainly for getting rid of the capital “A” from architecture Kevin was awarded two honorary doctorates in 2005, from Plymouth and Oxford Brookes. He is a recalcitrant patron of several architectural and sustainable charities, a Fellow of the Chartered Institute of Foresters, an Honorary Fellow of the Royal Institute of British Architects and a WWF Ambassador.

Kevin is the face of Grand Designs Live and has chaired many conferences and awards, including The RICS Awards, The RIBA Awards, the Aberdeen Sustainable Construction Conference, Bristol Planning Law and Policy Conference, The Northwest Property Awards, The Manchester Evening News Awards, and The Edinburgh Quatermile Launch.