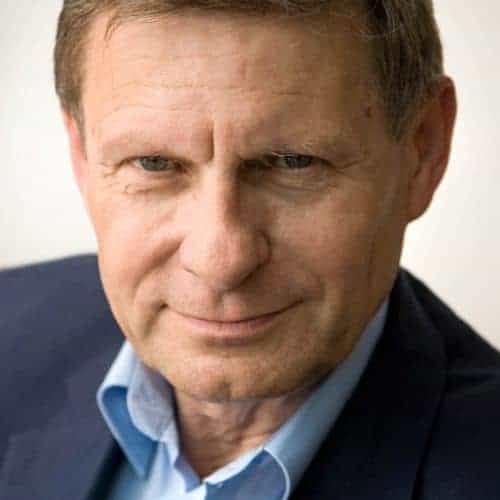 Leszek Henryk Balcerowicz is a Polish economist, statesman, and Professor at Warsaw School of Economics. He served as Chairman of the National Bank of Poland and twice as Deputy Prime Minister of Poland.

Leszek Balcerowicz was born on 19 January 1947 in Lipno Polish politician and economist.

In 1970, he graduated with honors from the Faculty of International Trade of the Central School of Planning and Statistics (SGPiS), and currently the Warsaw School of Economics (SGH). In 1974 he obtained an MBA degree at SAT. John’s University in New York . In 1975 he defended his doctorate in economics at SGPiS. He was also a fellow at the University of Sussex (1985), Marburg University (1988) and Stanford University (2011).

Since October 1992 he has been lecturing at the Warsaw School of Economics, where he is also the head of the Department of International Comparative Studies.

Leszek Balcerowicz is the architect of economic changes in Poland, initiated in 1989. He created a plan and implemented bold reforms of stabilization and transformation of the Polish economy after the fall of communism. In September 1989, Leszek Balcerowicz became Deputy Prime Minister and Minister of Finance in the first non-communist government of the Polish after the Second World War. He was also chairman of the Economic Committee at the Council of Ministers. He held his position in the government until December 1991. From April 1995 to December 2000, he was chairman of the Freedom Union, a political party calling for greater economic freedom. From 1997 to June 2000, he again held the office of Deputy Prime Minister, Minister of Finance and Chairman of the Economic Committee at the Council of Ministers. In the years 2001-2007 he was the President of the National Bank of Poland.

From 1969 he belonged to the Polish United Workers’ Party, from which he left in 1981 after the introduction of martial law. In the years 1978-1980 he led a team of advisors-economists to Prime Minister Piotr Jaroszewicz, who prepared a report on the state of the state forecasting the rapid collapse of Edward Gierek’s economic policy and stated the need for marketization and structural changes in industry. After the creation of “Solidarity”, he became a member of the economic expert council of the union, as part of which he participated in the development of a project to move from a planned economy to an economy based on workers’ self-governments.

As Minister of Finance, he was responsible for carrying out the transformation of the Polish from a planned socialist economy to a social market economy. The plan of change, later referred to as the so-called Balcerowicz plan, prepared under the influence of the doctrine of Jeffrey Sachs, made it possible to start a quick reform program. Within a year and a half, hyperinflation was suppressed from 685.8% (1990) to 60% per year, the zloty exchange rate was made more realistic, its internal convertibility was introduced, the banking system was reformed, the retail internal market was balanced, tax and insurance reforms were started, which were later continued by successive ministers. This way of carrying out the transformation was later imitated with different results in other countries of the former Eastern Bloc. At the end of his term in office in December 1991, Leszek Balcerowicz signed the Association Agreement between the Republic of Poland and the EEC.

His activity as Minister of Finance was twice the subject of parliamentary proceedings regarding constitutional liability. In both cases, the Sejm discontinued the proceedings: in March 1993 and June 1994.

In the years 1992-2000 he chaired the scientific council of the Centre for Socio-Economic Analysis Foundation (CASE). In 1995 he returned to political activity, taking over the position of chairman of the Freedom Union in May of the same year, defeating Tadeusz Mazowiecki. In the parliamentary elections in September 1997, from the list of this party, he won the mandate of a deputy and the Sejm of the third term, obtaining the best individual result in the Katowice district (with the result of over 91,000 votes).

In the government of Jerzy Buzek, he took up the positions of Deputy Prime Minister and Minister of Finance for the third time, holding them in the period from 31 October 1997 to 8 June 2000, i.e. until the collapse of the AWS-UW coalition.

In September 2007, he became the head of the Civic Development Forum foundation, which he founded. In June 2008 he became chairman of the supervisory board of the European think tank Bruegel. In October of the same year, he became Vice-President of the International Atlantic Economic Society and a member of the European Union’s working group to find ways out of the economic crisis. He was also appointed to the chapter of the Teresa Torańska Newsweek Award established in 2013.

In April 2016, he was appointed representative of the President of Ukraine Petro Poroshenko in the Cabinet of Ministers of Ukraine, as well as his advisor and co-chairman – together with Ivan Mikloš – of the Group of Strategic Advisors on Reforms

Leszek Balcerowicz gives lectures and seminars all over the world for his activities, he has been awarded honorary doctorates from many universities in Poland and abroad, he is also the winner of numerous awards and distinctions.

He is also the author of over 100 publications in Poland and abroad.

Privately, he is married to Ewa Balcerowicz, he has three children: sons – Maciej, Wojciech and daughter Anna.