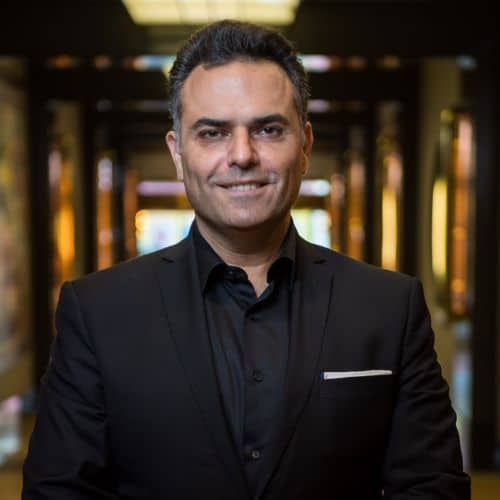 Maher Mezher consulted, trained and supported implementing innovation in more than 130 organizations in 25 countries. In the last 10 years he has given more than 400 presentations in 26 countries, to groups small as 15 and larger than 10,000. Maher is known for his impact on the audience, sense of humor and inspiration.

"Maher the Innovator led the way to our brains in one of the rare joyful moments. Proving his style to unleash the creative potential inside the learners and transform them into innovators."

"Maher is a top-level speaker with amazing energy and verve. People warm to him, and he is able to bring a unique set of talents to his audience."

"Our work with Maher led to the top product launches across our international brand."

"Maher is one of the most effective and innovative speakers that I have worked with. He was able to change the participants’ mindset by pushing their limits and enabling them to discover their potential as team members and leaders."

Maher Mezher is the Founder of Innovators League LLC, a regional consulting and training firm that has been built on his theory that innovation is a science and can therefore be taught. He is an innovation expert and internationally recognized speaker who delivered speeches in more that 25 countries.

As a professional consultant and trainer with more than 20 years of experience, he has served more than 130 clients from a variety of industries including Telecom, Banking, Education, Oil and Gas, Retail and Pharmaceuticals, among many others. As a well-known Public figure, he has been interviewed by more that 150 international media outlets including CNN, BBC, Russia Today, Kyodo, and Reuters regarding his cutting edge innovations.

Maher Mezher is the creator of many inventions including the Innovators Tool®, the first innovation App built on Music, Sound effects, 3D animated images, Dynamic quotes and Strategic tailored questions that guides innovators to transform their ideas into innovative projects, the Innovators Process®, Innovators Habits© and The Become an NNOVATOR® Methodology, as well as the Fertility Loan and Stem Cell Loan. His ideas are so notably groundbreaking that they were mentioned as a case study in Professor Philip Kotler’s university textbook, Principles of Marketing.

In addition to his professional work, Maher Mezher has 15 years of university teaching experience where he strives to spread the culture of everyday simplified innovation. On a personal level, Maher is an accomplished musical artist who plays the piano flute and drums, in addition to performing as a classical Tenor Opera singer. 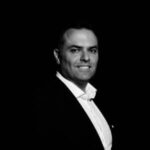 What if each team member can use his creative potential to solve daily work problems, overcome challenges, achieve goals, drive results & transform ideas into profitable innovations. Think about the motivation and performance of your company if everyone innovates. Secure your competitive advantage and stand out from competition by applying the 3 Steps Become an Innovator® Methodology by Maher Mezher.

The only certain element nowadays is change therefore facing uncertainty and continuous change requires a reinforced team ready to cope with change by exploring new possibilities to unlock new opportunities. Your audience will get to know what does it take to Become a Creative Leader and Instrument of Change.

Having consulted & trained more than 130 organization in 26 countries, observed and interviewed Entrepreneurs, leaders & Innovators, World-renowned innovation expert & inventor Maher Mezher detected the special mindset & Habits of successful innovators. In this highly interactive keynote your audience will discover how to think and act to come up with ideas and drive results.