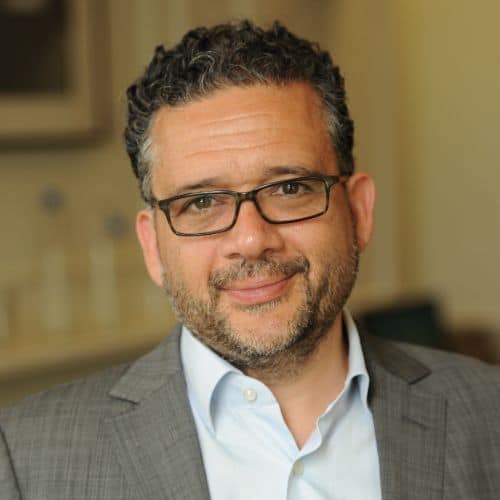 Ranked among the Top 50 world’s most influential management and business thinkers on the 2021 Thinkers50 list, Michael Jacobides is a champion of business ecosystems and digital platforms, collaboration and partnership; specialist on corporate turnarounds and organizational transformation. He holds the Sir Donald Gordon Chair of Entrepreneurship & Innovation at London Business School, where he is an Associate Professor of Strategy and Entrepreneurship.

Michael G. Jacobides is an academic and strategy consultant. He helps firms reshape their strategies and write new “playscripts”. Michael focuses on industry evolution, new business models, turnarounds and structural change in both firms and sectors.

As the new strategic dynamics of changing “industry architectures” entail various policy challenges on policy formation Michael is teaching the Fellows of the World Economic Forum, coordinating the UK Parliament, Policy Series on the Future of Finance, and working with the European Council on a task-force advising Van Rompuy on Innovation & Entrepreneurship. Moreover, he has spearheaded the Redesign Greece initiative, which aims to inform the debate on restructuring the Greek public administration. As far as the current financial crisis is concerned, he focuses on how it came about and what should be done about it.

He is a frequent speaker in industry and corporate events, while he has worked, among others, with Credit Suisse, Lufthansa, Vodafone, Nokia, McKinsey, KPMG and the National Healthcare System in the UK on executive development and strategy.

Michael holds the Sir Donald Gordon Chair of Entrepreneurship & Innovation at London Business School, where he is an Associate Professor of Strategy and Entrepreneurship. Currently, he is a Visiting Research Professor at NYU – Stern, while in the past he has been on the faculties of Wharton and Harvard Business School and studied in Athens, Cambridge, Stanford and Wharton, where he obtained his PhD.

A Vice-President of the European Academy of Management, Michael has published in top academic journals and is a contributor in various newspapers and magazines, such as the Harvard Business Review, the Financial Times, Forbes.com, Huffington Post, To Vima and Kathimerini and has been interviewed by the BBC, NPR, TheStreet.com, Reuters, Bloomberg.