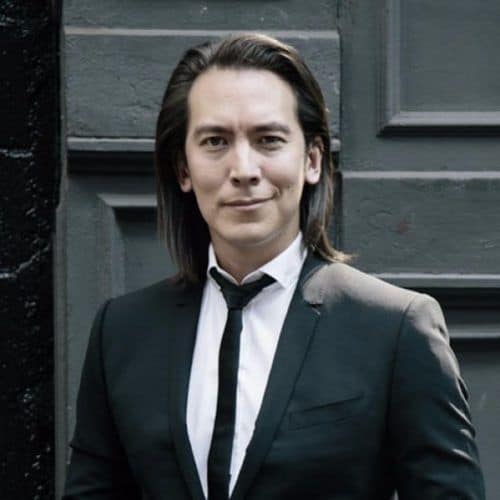 Futurist. Global nomad. Speaker. Mike Walsh is the CEO of Tomorrow, a global consultancy designing companies for the 21st century

Mike Walsh is the leader’s futurist. A best-selling author of three books and a regular contributor to the Harvard Business Review, he helps leaders and organizations determine where to go from here, in this age of accelerating technologies and disruptive change. In his view, what matters now is reinvention, nothing less.

"Great job trying to get our industry to think about people first before developing technology. We are engineers at heart that just want to start building things, but many times we miss the mark."

"Insightful and entertaining at the same time, I loved the way you structured it, with concrete suggested actions. Useful ideas regardless of the business, so I suspect our customers will find great value in it. You are an excellent speaker!"

"Mike is a very engaging speaker and brings to life the future with stories and visuals in a way that is accessible to both people with a strong understanding of the future as well as those who don't have the same level of understanding. He has a unique ability to open the eyes of the audience in a positive way. Mike tailors his speech to his audience and is excellent in delivery. He is not someone that you need to micro manage because he lives and breathes his field and has a strong focus on helping organisations achieve the outcomes they need."

"A wake-up call for us to prepare for the needs of the next generation. I am glad the board of directors attended this session. Thank you."

"Stunning-one of the best and most engaging presentations I have witnessed!"

"Extraordinary! Great ideas and eye-opening comments that make you think."

"Spellbound! I loved it! Was fascinated by the entire presentation."

"I found Mike's session to be incredibly informative and would love to continue to learn from him."

"Fascinating insights into how emerging trends are going to influence business strategies."

"I have been responsible for finding many guests speakers over the years at various car brands I have worked for and the reaction to you was the best I have seen anywhere. It was inspirational and most importantly for us totally supported our outlook on what we want to do with Bentley."

"Very insightful and full of powerful content. Great way of engaging people in the topics and I really found the “next actions” as a very useful tool to turn the ideas into concrete follow up to drive change."

"Mike’s presentation was one of the highlights of the trip. His talk was thought provoking and inspirational. We are pleased to see Bentley looking boldly outside their traditional sources."

He is the CEO of Tomorrow, an enterprise learning accelerator focused on preparing leaders for the 21st century. For the past twenty years, he has been a leading authority on disruptive innovation, digital transformation and new ways of thinking. A global nomad, futurist and author of three bestselling books, Mike advises some of the world’s biggest organizations on reinvention and change in this new era of machine intelligence.

A prolific writer and commentator, Mike’s views have appeared in a wide range of international publications including Inc. Magazine, BusinessWeek, Forbes and the Wall Street Journal. A regulator contributor to the Harvard Business Review, his articles explore a wide range of cutting edge leadership topics including data-driven decision making, agile organizations, algorithmic management and AI ethics. Each week Mike interviews provocative thinkers, innovators and troublemakers on his podcast, Between Worlds.

Mike’s latest book, The Algorithmic Leader: How to Be Smart When Machines Are Smarter Than You, offers a hopeful and practical guide for reinventing leadership and organizations. Translated into Japanese, Chinese, Korean, German and Polish – The Algorithmic Leader has been an international publishing success and was selected to be given to the world leaders and executive attendees of the Ambrosetti Global Forum at Villa d’Este in Cernobbio, Italy.

Futuretainment, Mike’s first book, was published by Phaidon and was the winner of the design award by the Art Director’s Club in New York. Released in 2009, it predicted the impact of the smartphone on reshaping the media and marketing industry, and the imminent rise of social media, digital influencers and streaming entertainment. In The Dictionary of Dangerous Ideas, published in 2014, Mike anticipated breakthroughs in micro satellite networks, cryptocurrencies, self-driving cars, drones and digital biology.

A dynamic and engaging keynote speaker, Mike has given over a 1,000 talks over the last decade, from strategic briefings for the boards of companies like Verizon and Raytheon, to an employee summit for a healthcare corporation, that filled a sports stadium with an audience of over 25,000 people. In addition to both in-person and virtual presentations, Mike also works with enterprise learning and development leaders to create compelling programs to up-skill teams for a world of AI-powered competition.

Mike travels over 300 days a year worldwide: researching trends, collecting case studies and presenting on the future of business and leadership.

New Rules For A New World

COVID-19 is not only changing our way of life, it will hasten the arrival of a radical new future of work. While for many of us working from home has been a new and unexpected challenge – that is just the start of a much bigger transformation set to reshape the nature of business itself. In order to survive, every organization will have to virtualize.

Whether it be serving customers through digital channels or leveraging AI, algorithms and automation to ensure business continuity – we are likely to experience in the next twelve months, a decade’s worth of change. Not every business will make it, but those that do will never be the same again. And for leaders, now more than ever, is a time to upgrade their capabilities, embrace new technologies, and reimagine what they do.

Mike Walsh’s inspiring new keynote presentation will offer audiences an insight into the organizations and leaders that are successfully navigating this period of change, and how to create a playbook for their own transformation. Becoming future-proof is more than just about getting through the current crisis – it is about being ready for the new world that awaits us on the other side.

We live in an age of wonder – cars that drive themselves, platforms that anticipate our needs, and robots capable of everything from advanced manufacturing to complex surgery. Automation, algorithms and AI are transforming not only business, but every facet of daily life. While many fear that robots will take their jobs, the rise of machine intelligence begs a more important question: what is the true potential of human intelligence in the 21st century?

In this inspiring keynote, Mike Walsh, futurist and author of “The Algorithmic Leader, “The Dictionary Of Dangerous Ideas” and “Futuretainment” will present a vivid portrait of a brave new world orchestrated by machines that think, and how tomorrow’s leaders can upgrade their capabilities to survive and thrive in an age of accelerating technology.

Audiences will walk away with an insight into the companies, technologies and global forces shaping the age of machine intelligence, as well as a set of tailored next actions on how to redesign their organizations, reimagine their roles and reinvent the way they make decisions.

Designing Your Business for the 21st Century

‘Most companies are simply not designed to survive. They become successful on the basis of one big idea or breakthrough product,’ says CEO MikeWalsh of Tomorrow, a global consultancy that helps design 21st century businesses. ‘The companies that will thrive in the near future are the ones not only embracing change but breaking the rules.’

Companies built to survive the future are no accident. They are a result of deliberate business design decisions smart leaders are making today. In his ongoing research on the world’s most innovative companies, Mike has organized these decisions into seven strategic priorities – that he will explore with audiences as a roadmap for their own reinvention.

In this keynote, Walsh will outline the mega-trends shaping the future of business and consumer behaviour, and the lessons learned from successful Fortune 500 companies on leveraging disruptive innovation, adopting a data-driven mindset and leading change through digital transformation.