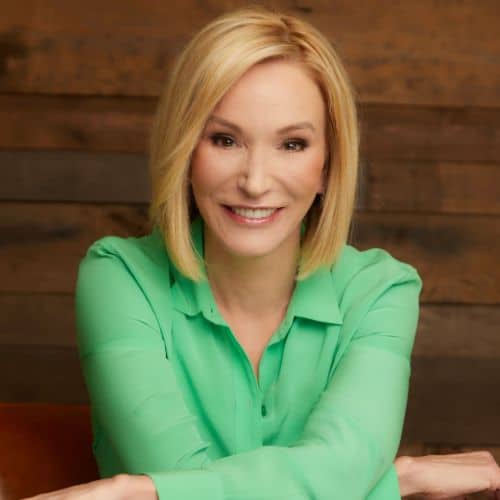 Paula White-Cain is the president of Paula White Ministries, headquartered in Apopka, Florida. She is the Senior Pastor of City of Destiny Church and hosts the Christian television program Paula Today. Paula is a renowned life coach, bestselling author, and highly sought-after motivational speaker. Her commitment to humanity is felt worldwide as she reaches out through numerous charities and compassion ministries, fulfilling her mission and call to transform lives, heal hearts, and win souls.

As a child, White-Cain’s world was thrown into a tailspin when her father committed suicide. The tragedy turned her family upside down, and Paula’s childhood was marred by sexual and physical abuse. But at the age of 18, Paula was introduced to the Bible, and her life began to transform: soon after, she gave her life to God, and received a vision that she was to preach the gospel of Christ around the world.

Pastor Paula began ministering in the inner cities of Washington, DC, in the late ’80s; by the early ’90s, she served in post-riot Los Angeles, sharing Jesus with children whose neighborhoods had been hardest hit by violence. She went on to lead multiple mega-churches, including one of the largest churches in America, and she founded Paula White Ministries, a global media ministry that has touched the lives of hundreds of millions of people.

Pastor Paula is a humanitarian leader whose ministries have provided hundreds-of-thousands of pounds of food to the needy in the United States and tens-of-millions of dollars in humanitarian assistance to the needy around the world.

As a woman, Pastor Paula has played a groundbreaking role in Christian ministry has been noted for paving the way for millions of young women to pursue God’s call for their lives. As a leader, she is a recipient of countless awards and honors including the Rosa Parks Award, the Trumpet Award, and the Florida Governor’s award for her service in the aftermath of the Pulse nightclub shootings in 2016.

Pastor Paula has frequently delivered invocations of note, including for the ceremony commemorating 40th anniversary of the tragic assassination of Dr. Martin Luther King, Jr. in 2008. That same year, she was a presenter at Maya Angelou’s 80th birthday celebration.

Today, she serves as Spiritual Advisor to President Donald J. Trump and as a much in demand speaker and teacher of the gospel, she continues to travel extensively to fulfill her mandated mission: to transform lives, heal hearts, and show others the way to Jesus.