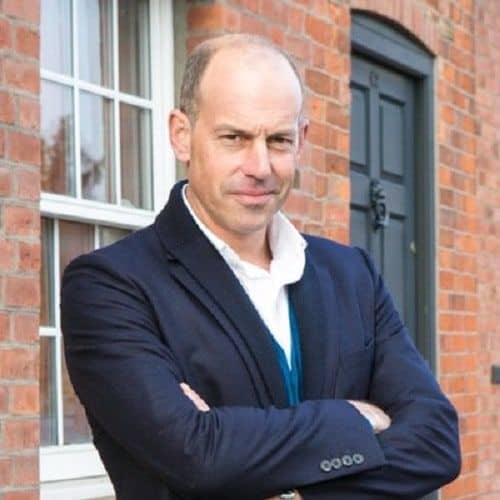 "Phil made a great awards. He handled a difficult space and audience really well."

Phil Spencer was born in 1969 in Canterbury, Kent. Brought up on a family farm, he’s a country boy and spent his entire childhood messing around outdoors on the farm with his three siblings, learning about nature and conservation and playing lots of cricket.

Phil was educated at Uppingham School in Rutland. He left school after A-levels in 1988 with dreams of either joining the army or playing professional cricket. After a year teaching sport in a school on Australia’s Gold Coast he joined the British Army on a 3 month Potential Officers course and played junior county cricket for Kent.

His passion for property emerged when, after a stint working for an estate agent in Canterbury, he decided to head to University and sat a 4 year degree course in General Practice Surveying at London’s Southbank University. Having gained his Surveying degree, in 1996 Phil founded the company Garrington Home Finders (www.garrington.co.uk), and was one of the very first property professionals to specialise in looking after the interests of purchasers. The business model took off and has since been much emulated. As founder and Chief Executive Phil developed Garrington over the following 12 years into an organisation with 4 offices, a staff of 30 and an annual turnover of £3.5 million. Although he has not been involved with the business since 2008, Garrington continues to thrive and is run out of offices in Cambridge.

A natural ability to understand and interpret house hunters needs, to find them houses and negotiate deals led Phil to being contacted by a Scottish production company. They were looking to develop a programme idea that followed the thrills and spills of couples going out house hunting, but had limited knowledge of what was actually involved in the process. Although initially approached for his property advice and as a consultant on the format, he was subsequently asked to record a screen test as presenter.

Kirstie and Phil then screen tested together and immediately hit it off. Location Location Location was born and Relocation Relocation followed shortly afterwards. The 18th series of LLL has just been recorded, making it the longest running and most successful programme of its type on UK TV. It continues to be made today and is watched in 72 countries around the world.

Whilst Kirstie and Phil have become something of a double act and love working together, they have both gone on to present numerous other programmes. They spend six months of the year working on LLL and six months on individual projects for their own production business.

In 2010 Phil and Kirstie set up Raise the Roof Productions with their long-term production partners Sarah Walmsley and Jane Muirhead. Company headquarters is in Glasgow, Scotland.

In 2018 Phil set up the website Move iQ to represent his long-held ambition to provide top level property advice and guidance to the widest possible audience. Company headquarters is in Cambridge.