Rachel Riley is the numbers expert on Channel 4’s long-running quiz show, Countdown and a resident team member on the hit channel 4 comedy show 8 out of 10 Cats Does Countdown.

Rachel has appeared on Room 101, Top Gear and Would I Lie To You (BBC). She co-presented It’s Not Rocket Science for ITV and has appeared on several TV quiz shows raising money for charity including: Celebrity Mastermind, Pointless Celebrities (BBC 1), The Chase (ITV), The Bank Job, Million Pound Drop, Celebrity Call Centre and Fifteen to One (Channel 4).

Rachel is an avid Manchester United fan. She has presented Fantasy Football Club and Friday Night Football on Sky Sports. As well as this she has appeared on Football Focus (BBC 1), Soccer AM (Sky Sports) and Follow the Football (BT Sport). She has also presented shows on MUTV as well as featuring on BBC Radio 5 Live and talkSPORT radio.

Rachel has a keen interest in promoting maths and science to young people and has been involved in a number of national numeracy initiatives. She is involved with Premier League Primary Stars, an initiative designed to help develop children’s skills and ambition both on and off the sports field with resources for girls and boys aged 5-11 years old. 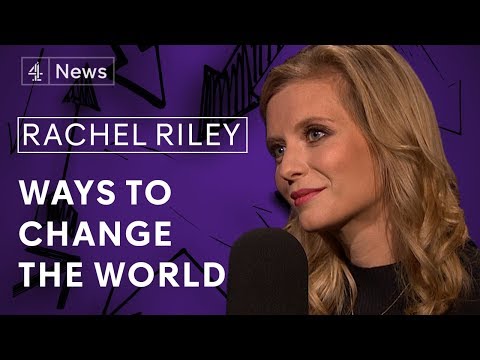 Rachel Riley on combating antisemitism, 10 years on Countdown and getting girls into maths
42:58

It was a great experience for myself and the rest of the Unpacked team to work with you in Berlin. Your insights, passion and undefeatable positive attitude were critical in the execution of Samsung's latest product presentation...the opportunity you have as a role model, to guide youth towards science and technology, is fantastic and so important...'

'Rachel was fantastic. She was incredibly professional, enthusiastic and really engaged with the finalists and other judges...A brilliant asset to our day!'

'Rachel was absolutely fantastic, a lovely lady and pleasure to work with. With her support and promotion of STEM is the perfect fit for the Women in Rail Awards. Her engagement with guests after the presentations was brilliant - and there were a lot of smiley faces in the room as she took the time to pose for photos with guests.'

'We found Rachel to be extremely professional and acted as a great facilitator to the event, with a keen knowledge and enthusiasm. She chaired the debate intelligently and acted well under pressure in what was a lively and informative evening.'

To enquire about booking Rachel Riley, email info@speakersassociates.com or complete this form.