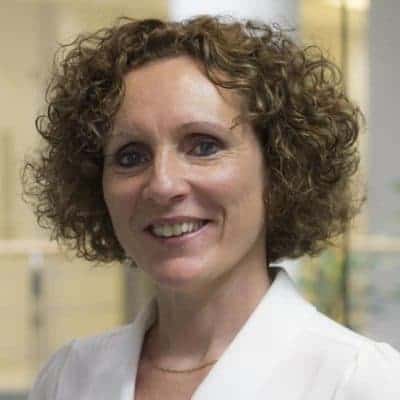 Dr. Rebecca Harding is a highly respected international economist specialising in the workings of trade and trade finance.

She is CEO of Coriolis Technologies, a business providing Data as a Service to the trade finance sector. In this role she was nominated to the Women in FinTech Powerlist 2017. Rebecca is co-author of the acclaimed The Weaponization of Trade: the Great Unbalancing of Policy and Economics.

Rebecca is advisor to the Council of the Society of Professional Economists and until February 2017 Chief Economist of the British Bankers’ Association. She has held senior roles in business and academic institutions internationally. These include Founder and CEO of Delta Economics, CEO of Equant Analytics and as a Senior Fellow at London Business School. She was also Global CEO of the Global Entrepreneurship Monitor, Head of Corporate Research at Deloitte and Chief Economist at the Work Foundation. In her early career she was Senior Lecturer at the Science Policy Research Unit, Sussex University, and a Reader in Economics at the University of Brighton. She was a Specialist Advisor to the Treasury Select Committee and Chief Economic Advisor to the All Party Parliamentary Group on Entrepreneurship.

Rebecca is a Director of the German British Forum, a Fellow of the Royal Academy of Arts, an Academician for the Academy of Learned Societies for the Social Sciences and a Member of the Society of Professional Economists. Her media work includes frequent and recent appearances on BBC Business LIVE, The Ian King Show, Sky News, Radio 5 live, Newsnight, Radio 4 and BBC World. She is cited frequently in the broadsheet press, including recent articles in the Financial Times, the Telegraph and City AM and citations in the Times, Sunday Times, and The Economist.

Blurred Vision - The Economic Overview of the UK