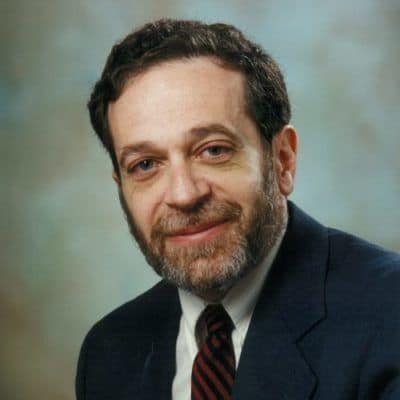 "If liberal politics is to make a comeback. It will be with the realworld prescriptions of Robert Reich."

Kevin R. Philips,
Author,
The Politics of Rich and Poor

"Note-free eloquence, clarity, intelligence, moral centeredness, charm, humor, analysis, passion...Dr. Robert Reich was VERY impressive, and it was an extraordinary visit for which our students are very grateful. He was also gracious, praising the preparedness of our students and how much he enjoyed his time at University of Sound."

"His insights...are critically relevant to the debate over competitiveness. Reich's diagnosis is compelling."

"Against the grain of much liberal thinking . . . Reich's proposals would make a good starting point for a new progressive political project."

"We really enjoyed having Professor Robert Reich with us in Half Moon Bay. He was a lively and wonderful addition to the program. His greatest success (besides humor and wit!) was in speaking directly to the audience as a peer, tailoring his remarks to the crowd and making a true connection to the subject matter."

"Reich's analysis, driven by the specific sources of our competitive disadvantage relative to the Japanese, is quite original....Reich's imagery is frighteningly on the mark. He asks us, correctly, I think, to consider a new intellectual and emotional framework for everything from interpersonal to economic to security dealings....His shift of the debate beyond quick-fix management devices and annual policy choices is path-breaking."

"Robert Reich was just delightful. Following his remarks, he did about 30 minutes of Q&A from the audience. Everyone on the Library Board seemed very pleased and the feedback from the audience at the program has been positive. All in all a great success!"

"An elegantly written exposition and critique of contemporary American political mythology and a fervent plea for a new one."

"Reich's lucidly defining and empowering call for revitalized civic awareness-complete with an enticing list of recommended reading and discussion guide-is an ideal catalyst for book-group conversations."

Reich has served in three presidential administrations, including Secretary of Labor under President Bill Clinton, for which Time magazine named him one of the ten most effective cabinet secretaries of the 20th century.

He has written over 15 books on the future of work and the new economy, including the bestsellers Aftershock, Beyond Outrage and Saving Capitalism, which urgently assess the constantly-widening divisions affecting economics and politics today. His most recent bestseller, The Common Good, is a timely and compelling argument to set the common good at the centre of economic and political policies.

In 2013, Reich co-created (with Jacob Kornbluth) the award-winning documentary Inequality for All, a sobering look at economic inequality and in 2017, his second documentary, based on his book of the same name, Saving Capitalism, became a Netflix original. He co-founded Inequality Media, an online video channel dedicated to raising awareness of economic inequality. To date, Reich’s videos on economics and politics have been viewed by over 90 million people around the world.

A sought-after speaker for his expertise on global and domestic economics as well as for his ability to present complex issues with warmth and urgency, Reich has spoken at major lecture series, conferences,  college campuses across the country and around the world. He is a Senior Economics Contributor to CNN, a Newsweek columnist and his writing has appeared in The Atlantic, The New Yorker, The Washington Post, and The Wall Street Journal.

America in the Global Economy

The global economy provides ample opportunity and immense risks both in America and abroad. While opportunity seems to be growing at an unprecedented rate, with it come daunting questions about the future of America’s economic position on the global stage. Robert Reich explains the forces that are driving the growth of the global economy and draws on his years of experience to map out what our globalized future may look like.

With the warmth and lucidity that have made him one of our most important public voices, Robert Reich makes the case for a generous, inclusive understanding of the American project, centering on the moral obligations of citizenship. Rooting his argument in everyday reality and common sense, Reich demonstrates the existence of a common good, and argues that it is what defines a society or a nation. Societies and nations undergo virtuous cycles that reinforce and build the common good, as well as vicious cycles that undermine it. Over the course of the past five decades, Reich contends, America has been in a slowly accelerating vicious cycle -one that can and must be reversed. In order to change course, we must first weigh what really matters, and how we as a country should relate to honor, shame, patriotism, truth, and the meaning of leadership.

In a world where news seems to never stop breaking, it can be hard to know where to start when seeking political change. Robert Reich cuts through the constant noise to highlight what he perceives to be the fundamental issues in America today, and details which policy changes matter the most in a time where numerous issues compete for our attention.

Income Inequality, Populism, and How to Save Capitalism

For Robert Reich, the most crucial debate we’ll see in the coming years won’t be the traditional debate between left and right. Instead, it will be between authoritarian populism and democratic reform. In the face of widening economic inequality and insecurity, lagging wage growth, and technologies that are already eliminating vast numbers of jobs, many feel powerless and voiceless, and believe that the major institutions of society are no longer functioning in ways that benefit most people. Reich explains the solutions presented by authoritarian populism, which uses xenophobic and anti-immigrant sentiment scapegoats for existing ills, and the more comprehensive and long-term solutions that would emerge from genuine democratic reform. Only through the latter, Reich argues, do we have the potential to overhaul a broken political-economic system.

Inspired by his documentaries, Inequality for All and Saving Capitalism, this speech features Robert Reich exploring the choices facing America through an examination of the widening inequalities of income, wealth, and political power that have characterized the last thirty years. Reich expertly shows how even in a contentious political climate, restoring equal opportunity is a goal that defies partisanship, making it relevant and urgent for all Americans.