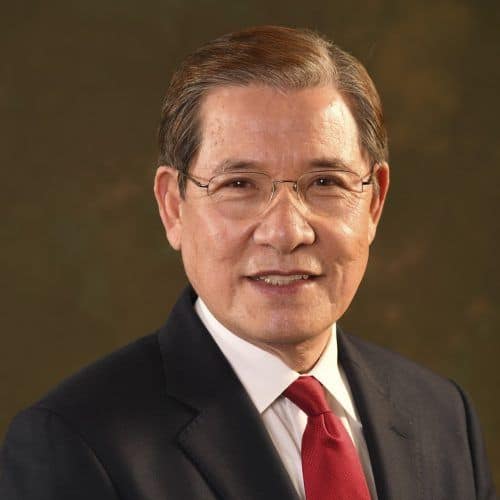 Recognized as one of the most accurate economists in the US

Dr. Sohn is a Professor of Finance and Economics at Loyola-Marymount University. He is also president of SS Economics, an economic consulting firm focused on the U.S. economy, international trade in the pacific-rim and technology including AI.

Dr. Sohn was the President and Chief Executive Officer of Hanmi Financial Corporation, a commercial bank in Los Angeles, California.  Before joining Hanmi in 2005, Dr. Sohn was an Executive Vice President and Chief Economic Officer at Wells Fargo Banks.  He was also Vice Chairman of the Board at a retailer Forever 21. Dr. Sohn also serves as Vice President and Commissioner for LACERS (Los Angeles City Employee Retirement System) and Chair of the Investment Committee, managing $18 billion in assets.  He currently serves on the Board of Directors for Western Alliance Bancorporation, and National Association of Corporate Directors PSW. Dr. Sohn is an internationally-known economist.

Prior to Wells Fargo, Dr. Sohn was a Senior Economist on the President’s Council of Economic Advisors in The White House.  He was responsible for economic and legislative matters pertaining to The Federal Reserve and financial markets.  Dr. Sohn has also been a tenured professor in Pennsylvania State University System.

Dr. Sohn was chosen as one of the 100 most influential Minnesotans of the 20th century by the state’s largest daily newspaper, The Star Tribune.  Others on the list included Charles Lindberg, Sinclair Lewis, Hubert Humphrey, Walter Mondale and Charles Schultz of Peanuts.

He is the author of two books: Global Financial Crisis and Exit Strategy  and The New Economy. Dr. Sohn was educated at the University of Pittsburgh, Harvard Business School and MIT.

The Evolution of Digital Currency

Artificial Intelligence (AI) Made Easy and You

AI will change the global economy and our lives as electricity has. In business, you will be either a “disruptor” or “be disrupted”. For the U.S., this is another race to the moon.

It will begin with some examples of how China is the leader in this technology and using it to meet its objectives. There will be other examples on how AI is used.

AI and its “Big Data” raise some serious privacy issues. How is your privacy invaded? Does China use this as an advantage in gathering “Big Data”?

In this space race to the moon, 5G is critical. China is far ahead of the U.S. which is in a catchup mode. Huawei is the leader in this technology.

One of the key concerns is “job replacement”. Many jobs will be replaced by AI, but new jobs will be created. Which occupations are winners and losers?

There will be some brief education on AI. What are the differences between “machine learning” and “deep learning”? How important is 5G and beyond? What implication does “dataism” have to our civilization?

Finally, there will be discussions on how AI could be adopted for your business.

The speech concludes with some Do’s and Don’ts for businesses to consider to remain competitive.