One of the main presenters of ITV’s Good Morning Britain, former BBC journalist and runner up on Strictly Come Dancing

Susanna Reid is a journalist and presenter, one of the main presenters of the new ITV breakfast vehicle, Good Morning Britain alongside Piers Morgan.

Susanna started her career at BBC Radio Bristol before moving to Five Live and spending some time as a producer. She spent two years presenting on BBC News 24 before moving to the Breakfast sofa alongside Bill Turnbull and Charlie Stayt. She regularly featured on the Andrew Marr Show and also appeared on Pointless, Ask Rhod Gilbert and Through the Keyhole.

Susanna is now one of the most familiar faces on morning television. When hosting ITV’s Good Morning Britain alongside Piers Morgan and Ben Shephard, she covers some of the largest and most topical stories in the headlines, complementing these with interviews and reporting. Susanna also presents other factual documentaries for ITV, including a successful prime-time show Save Money: Good Food and, more recently, the chilling documentary on The Murder of Becky Watts. She is also in demand as a guest on shows including Would I Lie to You?, Pointless and Chatty Man.

Prior to working for ITV, Susanna presented the BBC’s morning topical news programme, BBC Breakfast and hosted the BBC 1 discussion programme Sunday Morning Live. As one of the UK’s most high profile news journalists, Susanna has interviewed many politicians and covered key breaking news stories including the terror attacks on Paris and Brussels; the results of the Independence Referendum in Scotland, the EU Referendum, the 2015 General Election and the US Elections live from New York.

She has also interviewed the Prime Minister and rival party leaders and was one of the last embedded journalists with British troops in Afghanistan, covering the inauguration of the new President in 2014. She regularly interviews people who have found themselves in the news due to tragic circumstances such as the mother of soldier Lee Rigby and has also spoken to some of the biggest showbiz names including exclusive interviews with Cliff Richard & David Beckham.

Susanna was named by the Television and Radio Industries Club as the Newsreader of the Year in 2014 and 2015. 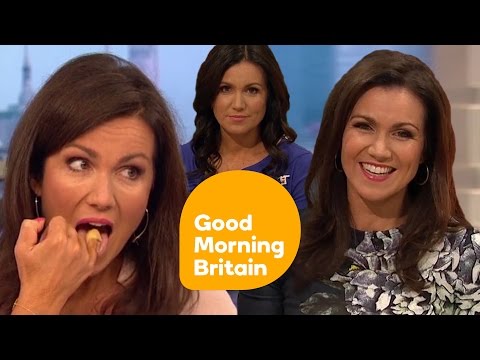 To enquire about booking Susanna Reid, email info@speakersassociates.com or complete this form.