After starting in karting at a young age, Susie began her professional career in the Formula Renault UK Championship, where she notched three podiums and was twice nominated for British Young Driver of the Year Award.

Susie Wolff is much more than just a great race car driver; she is a brilliant role model for women making headway in a profession dominated by men.

Susie virtually inherited her passion for motorsport. Even as a child, she accompanied her parents – who run a motorcycle shop – to different race tracks. From the early age of 8, she started to race karts at the club level. Later, she successfully participated in karting championships in Scotland and England. At age 14, she snagged the top positions at both the European and international levels. Attending a Formula 3 race in 1996, she decided to follow her dream of becoming a full-fledged racing driver – all the way to Formula 1.

Her debut came in 2001, when she started with Formula Renault. In 2003, she was selected as the BRDC Rising Star and qualified as the only woman for the final round of the coveted McLaren Autosport BRDC Young Driver Award. The following year, she made the leap into the British F3 International Series.

After testing in the World Series by Renault, she received a call from Mercedes-Benz and got invited to a DTM test. A week later, she signed a factory driver contract with Mercedes Benz.

In 2006, Susie had her debut in DTM and finished her first race within the top 10. As a firmly established racing driver she was part of one of the most popular touring car championships in the world. With solid performances and tough duels, even in difficult conditions, she earned her colleagues’ and competitors’ respect. 2010 became her most successful season within DTM: She ended her fifth season ahead of her brand colleagues Ralf Schumacher and David Coulthard.

In 2012, she was appointed development driver for the Williams F1 Team. As such she’s one of a only a handful of women who made it all the way up to Formula 1.She was the first to get behind the wheel of the FW35 at Idiada (Spain) for aerodynamic testing in February 2013. Getting the FIA Super Licence in 2014, Susie Wolff was allowed to finally really be part of Formula 1. In November 2014 Williams announced that Susie Wolff will be stepping up to the position of Official Test Driver for Williams Martini Racing for the 2015 Formula One season. In 2014, Suzie became the first female driver to drive in a Grand Prix weekend in two decades.

ROKiT Venturi Racing Team Principal and shareholder, Susie Wolff, began her competitive motorsport career over twenty years ago, starting out as so many of her racing contemporaries did, on the karting track. After cutting her teeth in karting, Formula Renault and DTM for Mercedes-Benz, Susie made history at the 2014 British Grand Prix by becoming the first woman to take part in a Formula 1 race weekend in 22 years.

Following her retirement from driving in 2015 and as part of her commitment to fostering positive change within the sport, in 2016 Susie launched Dare To Be Different, a call to action aimed squarely at driving female talent by inspiring the next generation and increasing female participation in all levels and aspects of motorsport.

In 2017, Susie’s hard work was formally acknowledged when she was awarded an MBE for her contribution to women in sport.

On June 26 2018, Susie made her first formal move into team management and ownership with Venturi. Late 2018 ‘Dare to be Different’ united with the FIA’s initiative, ‘Girls on Track’, creating one global outreach undertaking important grassroots work ensuring that females of all ages are aware of the opportunities available to them.

Susie has enjoyed public speaking since she was young, entering competitions during her high school years, and now enjoys speaking at events covering a number of topics.

Susie continues her work as an FIA Women in Motorsport Ambassador as well as her work as a representative of the Wings for Life Foundation that has set an ultimate goal to make spinal cord injury curable.

In December 2016 Susie has been made a Member of the British Empire (MBE) in Queen Elizabeth II’s New Year Honours for her services to women in sport.

She is bilingual in English and German, a firm favourite with sponsors and fans, and an accomplished public speaker.

Companies such as Randstad, UBS, Deutsche Post and Mercedes-Benz AMG book her regularly as a highly-valued speaker for their events. 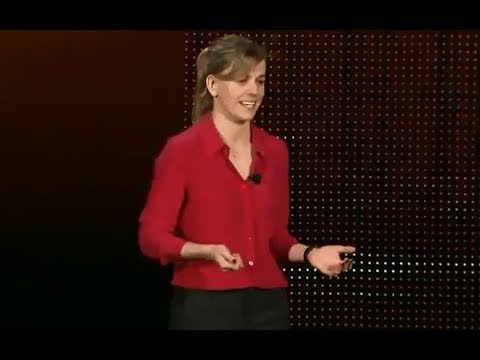 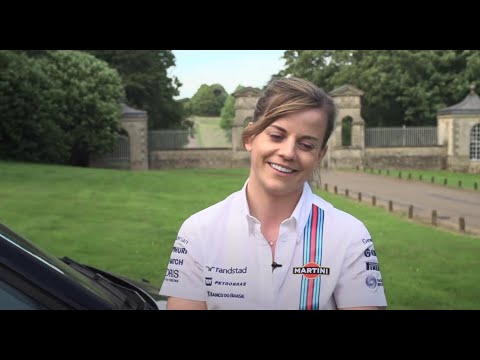 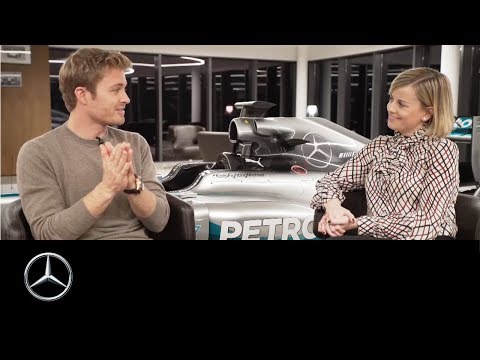 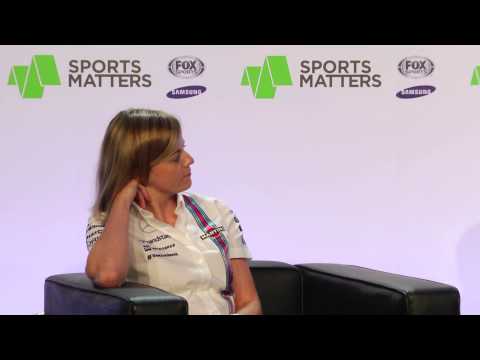 Very good way to come across, good energy, humble, smart to make all topics very relevant for the audience. Engaging and fun overall'

'Susie Wolff was really very inspirational. She has engaged our audience and was one of the favourite speakers and topic of the day'

'She is very eloquent person and her stories are exciting and captivating. Susie Wolff represents her views very committed and is a true professional'

'I've had the privilege of working with Susie Wolff for an executive event that our company has organized, In that time I have known Susie to be a personable, enthusiastic and a brilliant business woman and driver. Susie has built a strong reputation as someone with vision, diligence, and technical knowledge and I am thrilled I had the chance to experience seeing Susie implement these skills outside the race track. I found her speech at our conference to be incredibly valuable and educational, and so did the diverse group of automotive executive visiting our event. I strongly recommend Susie to anyone looking for a motivational or business speaker.'

Motorsport is not just a man's world. From starting as an 8 year old in karts to achieving the goal of driving in F1.

We are not defined by our gender but by our passion and character.

To enquire about booking Susie Wolff, email info@speakersassociates.com or complete this form.