Tania was recently named in the 100 Women of Influence and the 100 Most Influential Entrepreneurs in Australia. Tania is a global authority on creativity, innovation and collaboration. With a grandmother who invented the foldable umbrella, innovation is in her blood.

Individuals, communities, corporations and governments face increasing challenges and accelerating change and Tania expands mindsets and inspires audiences to think more laterally and creatively about the future. In 2018 Thinkers 50 invited her to be a keynote speaker and performer at the European Business Forum in Denmark and she was a keynote speaker at the 2019 International Forum on Consciousness in the USA.

Tania has organised the ground-breaking Creative Innovation Asia Pacific Global forum on 8 occasions bringing together international and national leaders to focus on managing and preparing for a rapidly changing world. Creative Innovation Global has received international and national awards including Corporate Event of the Year in the global Eventex Awards.

Tania is the Founder of Creative Universe, Creative Innovation Global, Mind Medicine Australia, Dimension5, MTA Entertainment & Events, Pot-Pourri), The Song Room and Creativity Australia and the With One Voice program.

She received the Order of Australia in 2008 for her work as a performer, entrepreneur and for her impact on education, innovation and the community. Tania’s other awards include Ernst and Young Australian Social Entrepreneur of the Year, the ‘Outstanding Individual Contribution to Australian Culture’, Churchill Fellowship and The Melbourne Award.

She was inducted into the AGSE Entrepreneurs Hall of Fame at Swinburne University and named Brainlink Woman of Achievement. Tania was named in the 2016 Impact 25 Awards which honour the social sector’s most influential people for their significant and positive impact in Australia and around the world.

Tania is an agent for change. She is an inspirational and moving storyteller and performer. Her keynotes, combined with the power of song, are transformational. She is known for her ability to unleash creative energy and capabilities, expand mindsets and raise collective conscioousness, build ‘can-do’ teams and strategies to develop a culture of innovation, diversity and inclusion.

Tania has an unusual background because her work and knowledge spans the business, public, creative and community sectors. She is therefore able to draw together cross-sector themes relevant to business and government sectors. She is a dynamic and insightful speaker, MC, panel member, workshop leader and performer and enjoys customising her contributions to suit specific client briefs to create outstanding outcomes.

Tania has been a keynote speaker at many leading innovation, education, entrepreneurship and technology conferences and special events including the international innovation symposium in vienna. Tania writes articles and has been featured and interviewed across major media including huffington post, abc, afr boss magazine, the australian, the age, sydney morning herald, 2ue and many others.

She has spoken and performed in over 40 countries.

Her ted talk has sparked global interest. Tania has released 7 albums with her acclaimed singing group pot-pourri and has released 3 solo albums including the new release flying free.

Tania achieves outstanding results and standing ovations. Her warmth, ability to engage with audiences and connect and deliver profound messages is topped off with a special song. Her presentations, workshops and performances can be themed to suit your specific goals and will touch and move your audience in so many ways.

She is the ideal speaker for after dinner, breakfast or lunch spots and for conferences and awards programs (opening, closing, gala dinner, keynote, workshop), launches, staff training and learning and development workshops, leadership retreats, client events etc. She has presented keynote presentations and workshops for audiences of 10 to 10,000 for major national and international conferences.

Through tania’s work and her collaboration with major organisations and top teams over many years, she has developed a number of strategies and programs to unlock capabilities in creativity and innovation. 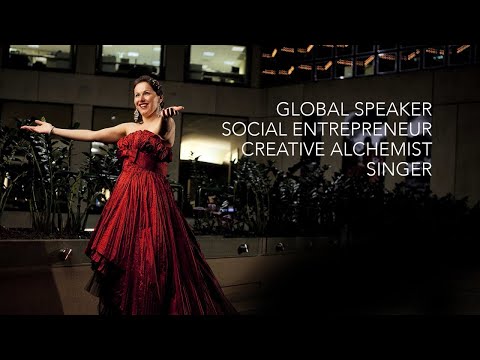 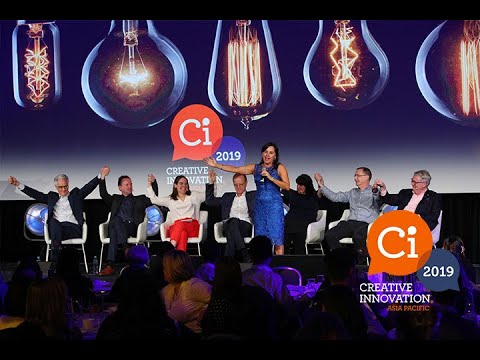 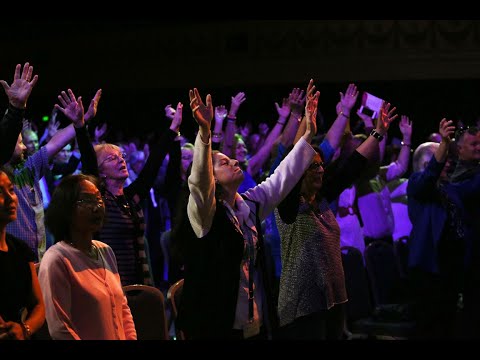 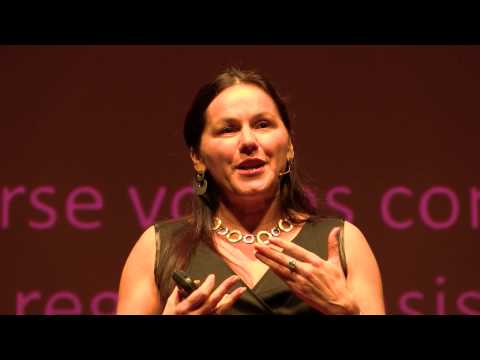 How singing together changes the brain: Tania de Jong AM at TEDxMelbourne
19:51

Tania brings her own special magic to an event. She combines valuable insights with a fantastic singing voice - a truly unique experience. She electrified the 2018 European Business Forum.'

Ernst & Young - Entrepreneur of the Year

'This golden-voiced diva gave us all goose bumps. Her message was powerful and her never give up attitude was so inspiring. She has clearly earned her success through hard work and extraordinary talent. Entertaining and brilliant!'

'Tania, thank you so much for being part of BCG's 50th Birthday Celebration Day. The feedback from our staff on your session has been tremendous - it was a real standout for many of us. One of the teams told me that before your workshop, they were struggling to get the rest of their team to engage and be creative and that afterwards they all wanted to be involved and participate. Thank you for being flexible and accommodating with our event. Your energy, passion, enthusiasm and joie de vivre are a real inspiration. Keep it up!'

'You were wonderful. You engaged with over 700 of our consultants in a powerful way and reinforced our own potential. The standing ovation was a testament to the way you moved us into a different headspace. Many people have mentioned it was the best session they have attended at a conference anywhere!'

'It was a fantastic experience to hear your speech at Thinkers 50 in Odense in 2018. You really made it crystal clear to all of us what 'purpose' means and how important it is if you want to make a difference. Very impressive.'

'Tania de Jong brought warmth, enthusiasm and inspiration to our launch of Constellation - Professional Women's Speaker Series. We were overwhelmed with the positive feedback on our selection of speaker. Tania managed to transcend our business world with her background as a lawyer, evoked compassion and understanding with her family history and encouraged us to be resilient when our dreams are shattered. She inspired us all to look for the music in our lives, let our dreams soar and our voices sing.'

'The keynote and ONE TEAM, ONE VOICE Workshop was truly a binding experience, inspirational to a group in need of self-belief and confidence. In an engaging and memorable way, the team was able to perform as a unit like never before. Something to refer to for a long time!'

'The event last night was a great success, and on a number of different levels. It was fun, built trust and shared experience amongst our group, and helped advance the leadership program we are workshopping. Your contribution was wonderful and you obviously have a winning set of products that are refreshingly different. Thank you for sharing the experience with us last night.'

Reconnecting to ourselves and our communities

Loneliness, depression and social isolation is the global epidemic of our times. We are more connected through technology than ever before. Yet many of us feel increasingly separate, anxious, lost and empty. We talk more to boxes and screens than to one another. We live behind walls when we desperately need to build bridges of connection and become more inclusive. In this powerful keynote experience, Tania will provide insights, case studies, stories and solutions to help us reconnect to: - Our selves and the right side of our brain - Other people to form caring tribes and communities - Meaningful work and active citizenship - Joy, creativity and Intuition Tania will shift our mindsets and show us a different way to view the world. This powerful talk is important, relevant, inspirational and utterly unforgettable. It will change your life!

Being Human in an Age of Machines - the mental health challenge

'Things are getting better and better and worse and worse, faster and faster, simultaneously.' What does it mean to be human in an age of increasing technological acceleration and growing disconnection? We face a host of wicked problems, risks and systemic challenges beyond the reach of existing institutions and traditional authority structures. Problems like climate change, increasing mental and chronic illness, scarcity of resources, automation of jobs and Artificial Intelligence, unethical governance and growing inequality require unprecedented collaboration among different organisations, sectors, communities and nations. More than ever before, we need to foster collective leadership, lateral thinking, inspiring initiatives and true innovation to manage the massive transition ahead. Yet we talk more to boxes and screens than one another. Rates of loneliness, social isolation and mental illness are increasing and we are numbing our fear and anxiety through a range of substances. One in five Australians now have a chronic mental illness. One in eight of us, and one in four older people, are on anti-depressants (up 95% in 15 years) and suicide rates are increasing. Climate change adds to technology change and Is causing significant additional anxiety, particularly amongst younger people.
If our emotional state as human beings doesn't change to match the accelerating pace of change we are seeing, is the cost of this going to be ever increasing rates of mental illness? We have to find new ways of adapting our minds, our emotions and our world view to the accelerating pace of change. The very nature of our consciousness will need to change for mankind to survive and thrive.
Key learnings:
- The current mental health statistics and solutions available
- How to raise our consciousness and build a collective future
- How neuroscience can help us change our brains and reconnect to self and others * Ways to empower people to find their purpose so that they can unleash their true creative potential * How to include diverse voices and help people to feel a sense of belonging * Why psychedelic-assisted therapies could be a potential game-changer Warmest Tania

Creativity and Innovation - how to harness them in your people and organisation?

Creativity: the strategic tool of the 21st Century

Human Intelligence 2.0 - How to manage change in an era of disruption and build a collective future?

How can organisations develop creative, inclusive, resilient and innovative cultures and developthe agility and Human Intelligence 2.0 skills required to manage and prepare for a rapidly changing world and the Fourth Industrial Revolution?
- Fast-track your thinking about change and the future
- Human Intelligence 2.0 tools to develop agile growth, mindsets and skills, innovation, resilience, performance and leadership
- How to develop more right-brained, creative and collaborative thinking to solve wicked collective problems
- Insights into harnessing diversity and inclusion to build communities that care
- Case studies to inspire action

Voices of Innovation - The Power of Positive Human Collisions

From profits to purpose in an era of disruption

- How to build a collaborative, inclusive and innovative culture
- Insights into harnessing diversity and building communities that care
- Enhanced 'out of the box' creative thinking and agile growth mindsets
- Tools to develop your resilience, performance and leadership
- Integrating feminine power with masculine wisdom
- Why doing good really matters
- Case studies to inspire action

To enquire about booking Tania de Jong, email info@speakersassociates.com or complete this form.