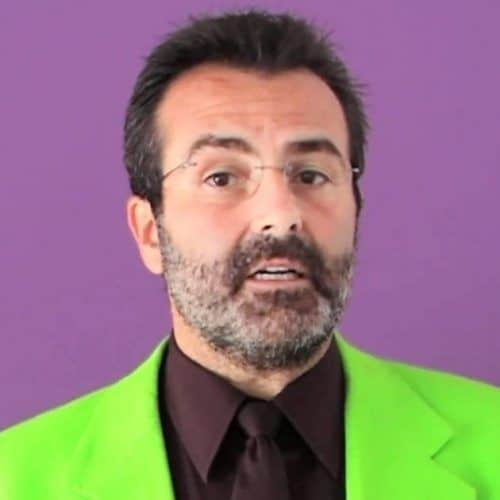 Xavier Sala i Martin is the J. and M. Grossman Professor of Economics at Columbia University in New York and the Chief Economic Advisor of the Center for Global Competitiveness and Performance at the World Economic Forum in Davos Switzerland.

The story of FC Barcelona depicts one of the most extreme, impressive and successful organizational transformations in sports history; after half a decade of economic and competitive drought, a new board of directors led by Joan Laporta took over the club in 2003.

Seven years later, the club had won four Spanish Leagues, two UEFA Champion Leagues, three Spanish Supercups, a European Supercup, a King’s Cup, and a World Club Cup; by 2010 it was “the best sports club in the world” for second consecutive year, and had an accumulated economic surplus of over 131 million Euros.

In this powerful conference, Professor Sala-i-Martín explains how the most important and controversial decisions made by the club in the last few years -such as hiring Frank Rijkaard and Pep Guardiola, making a strong bet on the low-tier players, and the “crazy” decision to be the only club without a commercial sponsor on its shirt- turned out to be the right ones.

The world is changing really fast. An underlying concern to world leaders and business executives is today´s rapid changing business environment. Now –more than ever– we are called to relentlessly innovate.

Professor Sala-i-Martin led the intellectual revolution of “endogenous growth”. It emphasizes the need to grow through ideas and innovation. As an expert in growth, he explains what countries (and companies) must do to establish an environment that enables citizens and businesses to create and implement new ideas.

Nespresso, Zara, and Uber prove that all kinds of businesses can thrive when new ideas are actually transformed into business opportunities. As he explains, only by implementing an innovative and creative mindset we will be able to cope with today´s challenges. In order not to perish, keep questioning yourself: what have you done different today?

A Future for Africa

A New World Order? How to Remain Competitive in Today’s Economy

A new world order? How to remain competitive in today´s economy
Throughout history, there are many examples of countries that have implemented policies that enhance or hinder international trade. The spectacular economic success of China and the rest of East Asia is an example of how trade can be a driver of economic growth. It also exemplifies the dangers that the rise of protectionism and isolationist policies around the world, can pose to the global economy. Overall, international trade is beneficial and has spurred technological diffusion as well as the development of the knowledge-led economy and innovation. However, all policies have their shortcomings and so does international trade. Even though the overall effect on the economy is positive, not every citizen benefits from it. In fact, there are workers who lose their jobs. These “globalization losers” serve as a breeding ground for the rise of demagogic and populist politicians who use their discontent to propose policies that will have the opposite effect: they will benefit only a few at the detriment of the majority.

It’s clear that governments should implement policies that help the “losers of globalization”. Contrary to popular belief, the key policy is not redistribution taxes and subsidies. The correct policy is to provide the tools so that the losing workers have an easy transition to a new job. And this means a new way to educate them: a new education system is required, to really ensure that today´s students are prepared to deal with the challenges imposed by globalization and to be more competitive to face the changing future. Professor Sala-i-Martin thoroughly explains how the new education system should be.