Many of our speakers also run successful executive coaching companies, where they go into enterprises and help the executives to improve their skills, change their outlooks for the better and create positive change.  These experiences can also help the speakers to provide real examples for their speeches.

As 1st May is Executive Coaching Day, we thought we’d celebrate the executive coaches on our books, so asked if they could provide examples of how they have helped a client to move forward. Here is what three of them had to say.

Ben is a foremost leadership expert specialising in purpose-led cultures. He believes that everyone has a purpose and that to discover and lead with purpose is the greatest opportunity in life. He is well-known for inspiring people to go beyond that which they first thought was impossible.

David was a reluctant leader. We were introduced through his HR Director; however, he was not happy to see me. He didn’t believe in personal development and he didn’t want to spend time with a coach. He also didn’t have a lot of choice as he’d recently attended an assessment centre to inform his future and there were some consistent themes about his leadership style that needed to be addressed. Key comments included his hypercritical style that would cut people down, unrealistic pace that gave people no time to deliver quality and a tendency to be overly directive which would crush people’s freedom.

Early in our relationship, I asked him about his philosophy about leadership to learn why he did what he did and what he thought about the value of his role. It was a short conversation. David’s response was that he wasn’t a leader, he was a technocrat (although he was already accountable for over 3,000 people), and his role was to deliver the numbers. I realised that going head-on into leadership was not the answer. I suggested that we step back and explore what had shaped his career so far and to explore implications for his future. He agreed and quickly told me that his life had been uneventful and therefore it would be a short conversation. Two hours later we were still in the middle of running through David’s life experience and we had to reschedule for the next day. Three more hours and David had painted a rich picture of his lifeline and the impact on his career and leadership. Out of this conversation, he defined his purpose as being a ‘creator of opportunity.’

By tapping into his own internal drive for the first time David was able to make an authentic linkage between what was most important to him and leadership, rather than it appearing like a dry theoretical concept. The result was a successful promotion within 18-months as he ignited his learning and development to become the best leader he could be.

Kevin is an extraordinary leader who led iconic brands Porsche and BMW to unprecedented levels of success before creating global businesses from scratch. A corporate trailblazer, serial entrepreneur and world-class team builder, he has enjoyed success in sectors including data, technology, manufacturing, brand marketing and professional services. He has repeatedly led teams to achieve extraordinary performance in companies ranging from 7 to 7,000 employees.

A popular, energetic speaker, Kevin also offers coaching and masterclass services to help others revitalise their organisations and bring out the best in their people.

Kevin offers masterclass sessions and ongoing coaching to teams and companies seeking revitalisation, changes to team dynamics or a strategic review of the business as a whole. His unique experience allows him to demonstrate and share the methods, tools and practical techniques to lead businesses to lasting success.

In a recent assignment, he supported a marketing agency where growth had stalled and the leadership team were struggling to find a new way. Kevin provided coaching and support to allow the team to find a new perspective and to lead the next stage of growth and development. Through his Inspired Leadership Masterclass Kevin helped the team to establish a revised platform for growth and demonstrated how, given the right mindset supported by Kevin’s simple but effective toolset, world-class performance could be achieved on a routine basis. In the following 12 months, the agency achieved 400% sales growth – and the CEO reached the final of the national Entrepreneur of the Year competition.

Kevin firmly believes that ordinary people can achieve extraordinary results – and he has the evidence to prove it.

Penny is one of the most successful women Rally drivers and the first woman in the world to compete in a World Rally Car. As a keynote speaker, Penny has an outstanding reputation and has worked with many bluechip clients. She also consults as a performance coach with large organisations, world-class teams and individuals on their leadership skills, attitude and mental performance. She also delivers workshops on mental approach, teamwork, communication and performance.

Formula 1 is a world of extremes – technology, skills, dedication and passion. It’s unlike any other sporting environment I have ever come across.

I know the World Rally Championship well, having competed in, and presented it for years – but F1 is quite different. Most people don’t get a peek into this extraordinary world, but luckily for me, I was invited in to work as a performance Coach with a Team Principal.

Leading a team of up to 1500 people (most people guess there are about 100 people in an F1 team) and managing a budget of between £200m and £400m is not for the faint-hearted. This task requires a leader prepared to regularly take bold decisions, have incredible residence and clarity of mission.

The Team Principal I worked with was feeling overwhelmed by the enormity of his new role and asked me to help coach him towards better, stronger and clearer leadership. As a coach, my role was never to advise or give an opinion, but instead, to help him uncover the skills he had, those he lacked, and find a path to a leadership role he was conformable with and confident in. We talked at length about his background and his ambitions, all of which helped him to clarify his approach forward.

I am happy to report my client has since moved to a bigger and better F1 team, so there is no question the coaching we did was of great benefit to him.

Ben Renshaw is an author, coach, consultant and keynote speaker. Ben’s innovative work with leading organisations has brought him international acclaim, as he inspires audiences to go beyond what they think is possible.

Kevin is an extraordinary leader who led iconic brands Porsche and BMW to unprecedented levels of success before creating global businesses from scratch. A corporate trailblazer, serial entrepreneur and world-class team builder, he has enjoyed success in sectors including data, technology, manufacturing, brand marketing and professional services. He has repeatedly led teams to achieve extraordinary performance in companies ranging from 7 to 7,000 employees.

Penny Mallory is a performance coach working with world-class teams (including Formula 1) as well as an inspiration to many through her keynote speeches, break-out sessions, workshops and consultancy. As a world champion herself, she is fully equipped to help audiences work on mental approach, teamwork, communication and performance. 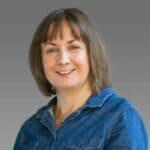