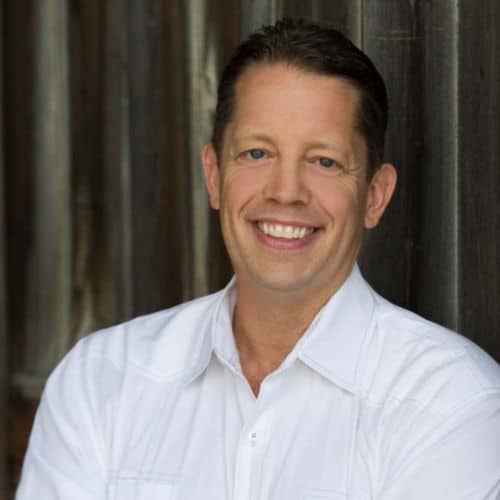 Bill Benjamin is a top emotional intelligence keynote speaker and a thought leader on the subjects of leadership and peak performance. Bill spends time working with senior leaders and their teams at Fortune 500 companies helping them overcome the barriers that often hold them back from reaching their full potential.

"One of the best presentations I have ever been to! The delivery of the material was top-notch and very engaging. I learned excellent skills for both the workplace and life outside of work that I will take and use. Thank you."

"Bill’s speech was absolutely phenomenal and was enjoyed by all delegates and sponsors. It was a perfect start to the conference and I am still receiving positive feedback till this day!"

"I loved that your session on Reputation was backed with research and was very interesting. I truly like how you make information easy to understand and provided useful tools I can put into action. You also had great presentation skills, voice, projection, tone, pace and kept people engaged!"

"This was an insightful and practical training session. I was able to connect this directly to my own behaviors. I liked the way you had us practice the strategies rather than just telling us about hem so we could internalize the behavior. That way, I’ll actually remember it!"

Bill has an authentic approach that resonates with the audience and especially with those that might be typically resistant to the important relationship between ‘soft-skills’ and exceptional leadership. A natural storyteller, he balances anecdotes with science and research to engage all types of participants. When he is not speaking, Bill spends time working with senior leaders and their teams at Fortune 500 companies helping them overcome the barriers that often hold them back from reaching their full potential.

As a math and computer science guy, Bill discovered the power of managing emotions while he was working in the technology industry. Bill is very honest and vulnerable when it comes to the struggles he had early in his career as a leader. He was so impressed by the Institute for Health and Human Potential [IHHP]’s brain science-based approach to Emotional Intelligence, and even more so by its practical applications, that he became a partner in the company. Now that’s commitment!

With his extensive background in emotional intelligence, Bill will teach your team the tools they need to manage their brains and behavior under pressure so they can remain calm and form the kind of response your organization needs today.

Additionally, Bill’s experience in technology and sales gives him real-world experience in the types of challenges that organizations face today. His analytical background in math and computer science drives him to take a practical and scientific approach to helping people understand how the brain responds under pressure, and how that can help increase empathetic leadership and high performance.

Bill is originally from Canada and moved to New York City in the nineties. He now calls Chicago home and it is here you will find him indulging in his other passions – his family, scotch, and cycling.

The calm person in the boat: leveraging the power of emotional intelligence to win

With emergence from COVID-19, your people are facing increased uncertainty, change, and anxiety. Unfortunately, panic can push the best managers into a command and control approach that doesn’t always help. It doesn’t have to be this way.

In this powerful virtual or live experience, your people will learn how to:

How to perform under pressure

Your people are facing the most intense challenge of their careers, yet most continue to rely on their IQ and technical skills to manage through. It’s not enough.

To survive, your organization needs to be agile and see opportunities where others do not. Your team needs to learn how to work effectively with others who are, themselves, under pressure themselves.

In this powerful program, your team will learn:

Most people struggle to have the impact they want to have because they lack the tools to confront the more difficult conversations they face. Avoiding difficult conversations, decisions, and tasks, what we call Last 8% Situations, not only handicaps an organization’s ability to adapt and win but disengages their most important resource, their people.

Now is not the time to play safe. As you face a new post-pandemic normal, tough decisions and conversations will have to be made about how you work (and where) in order to realize your organization’s success.

In this powerful virtual program, your people will learn specific tools to:

Why a lack of empathy is at the heart of not working better, together

Today’s work environment requires more, not less, empathy. Not only because people are struggling today but because research is clear that employees are more likely to overachieve if they feel their managers are empathetic.In this powerful virtual program, your people will learn:

Why empathy is so critical to your success in 2021

There are three trends roiling the workplace today. One, your people are tired: on average they have been working three hours more per day during Covid and are on the verge of burnout. Two: your people have more money in their pocket because of the past year of little to no spending. And, three, your people are struggling with the idea of returning to the office (and commuting and…).

All of this is creating a challenge for your managers to engage and get the best out of your people because your people are not sure they are ready to buy into the plan for 2021.

To navigate through this will require more empathy than ever before: not only because people are struggling today and are facing more change, but because research is clear that employees are more likely to overachieve if they feel their managers are empathetic.

In this powerful program, your people will learn: