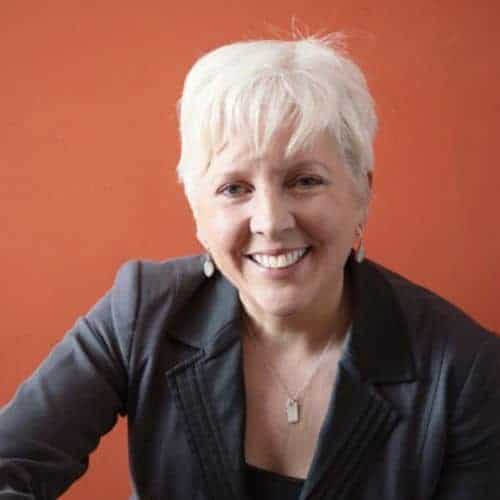 Carrie Gracie was a BBC journalist for more than three decades and has been a China watcher for even longer. Working for 33 of those years at the BBC before she resigned in 2020, her time there, coupled with her interest in China, have provided the defining themes of her professional life.

Born in Bahrain, Carrie grew up in north-east Scotland and ran her own restaurant for a year before earning a first-class degree in Philosophy, Politics and Economics at Oxford University.

She then spent a year teaching English and Economics at two universities in provincial China; after the isolation and paranoia of the Mao years, young Chinese in the mid-1980s were hungry for contact with the world and Carrie was as fascinatingly foreign to her students as they were to her.

Back in the UK, Carrie joined the BBC World Service as a trainee producer. She learned her craft and returned to China in 1991 as a foreign correspondent. Despite routine surveillance and police harassment, China was a gripping place for a young reporter. So gripping in fact that she stayed for most of the ’90s, returning to the UK only between 1995-96 to finish her BA in Mandarin Chinese at the University of Westminster and her MA in Design for Interactive Media at Middlesex University.

She then returned to China and in 1997 was appointed the BBC’s Beijing bureau chief. By the time the decade drew to a close, Carrie had two small children and serious illness for her daughter convinced her to return to the UK.

For more than a decade, Carrie served as a senior anchor on the BBC News Channel and chaired the weekly BBC World Service programme The Interview. On BBC Radio 4, she occasionally presented PM and The World Tonight.

During these years, Carrie covered every major national and international news story including 9/11, the Iraq war, 7/7, the MPs expenses scandal. But she never gave up her commitment to China coverage. Carrie commentated for the BBC at the 2008 Beijing Olympic Games and visited China regularly to work on documentaries which went on to win prizes including a Peabody and an Emmy.

Gradually, what had long been clear to her became clear to her bosses in BBC News… that China’s rise was one of the biggest stories of our time but also one of the hardest to tell. In December 2013, the BBC created a new role as China Editor and asked Carrie to take up the post. You won’t be surprised to learn that she felt leading the BBC’s China coverage was the greatest privilege of her professional life.

However, in January 2018, Carrie resigned that post in protest at unequal pay, publishing an open letter to BBC audiences, and later appearing before a parliamentary committee. After a year-long struggle, she won a public apology from the BBC and back-pay. She donated the full sum to the gender equality charity, the Fawcett Society, in order to help fund legal advice for low paid women facing pay discrimination.

Throughout this public dispute and keen to help drive a change in workplace culture at the BBC, Carrie continued to serve as a senior presenter on the BBC News Channel and anchor for the weekly geopolitical panel show Dateline London — a discussion of key international and UK stories with foreign correspondents posted in London. She also worked with the campaigning group BBC Women.

In September 2019, Carrie published her first book, Equal: a Story of Women, Men and Money. She left the BBC in Autumn 2020 feeling that her campaigning work there was complete. She has since embarked on new writing and research projects.

In 2018, Carrie Gracie resigned her post as the BBC’s China editor and publicly accused her employer of unlawful pay discrimination. In addressing a defining issue of our time, Carrie became a figurehead for the equal pay movement and a beacon of hope for thousands of women who told her their own stories.

Carrie’s contribution to the public debate on gender pay has been recognised by parliamentarians and regulators alike. Her personal story is now taught in schools and universities. In the course of her yearlong dispute and in the subsequent year she spent researching and writing her book, Equal, Carrie has talked to many employers, lawyers, campaigners, judges, politicians…and of course to working women of all ages, ethnicities and grades in every type of workplace.

The Financial Times has described Equal as an absorbing tale laced with ‘mordant humour’, the Mail on Sunday declared it pragmatic and honest and the Observer called it an important account full of sound advice for women.

Carrie talks thoughtfully and humorously, but also with compelling clarity and humanity, about how to transform workplace culture, how to tackle the gender pay gap, how to achieve meaningful diversity and inclusion, and how to sustain and build employee trust.

It’s commonplace to observe that China’s world view is different from the West’s, but much harder to pinpoint the difference that matters and predict how it will play out in our own workplaces and lives.

Real understanding of China is as rare in the early 21st century as it is vital.

Carrie is an authority on modern China, with three and a half decades of first hand experience inside the world’s rising superpower. As BBC China editor, her coverage carried huge credibility with policy makers and public alike.

Now her insights are sought in Whitehall, business and academia. Beijing’s growing diplomatic reach and growing dominance in some areas of innovation force questions across many dimensions. And as geopolitical tensions reshape the US/China relationship, some dilemmas become urgent.

Carrie Gracie is ideally placed to provide a global perspective on how these developments drive not just trade and business realities, but shape the future for all of us. Her narrative is compelling not just because of its intellectual rigour and the long experience that informs it, but through the rich real life stories she brings to bear from the reporter’s front line.