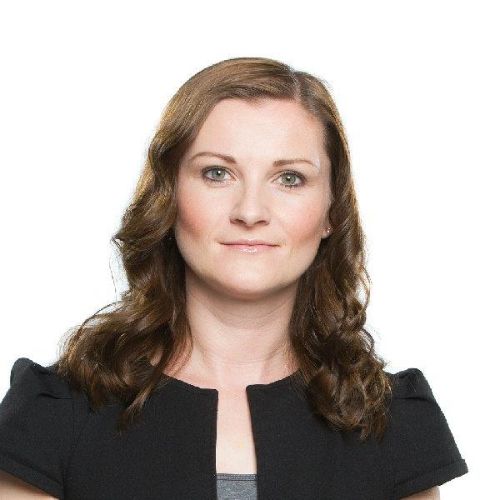 Chloe Tilley is a two-time Sony award-winning presenter, with over 15 years of experience presenting national and international news programmes across Television and Radio. A Presenter at Times Radio, she also has a track-record of delivering dynamic and innovative shows across the BBC News Channel, BBC World News, Radio 5 Live, Radio 4 and the World Service.

"It was an absolute delight to work with Chloe Tilley on our recent Business Awards, A true professional and awesome delivery of our awards!! Keeping control of a large audience and excited winners is never easy, but Chloe did a fantastic job! ! I personally enjoyed working with Chloe. Her down to earth, easy going manner took away any unnecessary stress! Would love to work with Chloe again and would certainly recommend her to other event managers!"

"From a World Have Your Say round table on Donald Trump – Jan 2017 'It was a really good listen. Thoughtful, full of a real range of views but no shouting! Chloe wove it all together with real skill.'"

"On live coverage of Donald Trump’s inauguration 'Chloe did great today... really hard gig but beautifully handled - tough and fair - great way to round off the coverage across the week - I especially enjoyed the material from the Inauguration finding families, firemen etc giving a proper explanation of why Trump matters to them.'"

Combining the authority and agility of an experienced live news presenter, Chloe is adept at working off script in a breaking news environment, holding decision makers to account, while providing a warm and welcoming presence that puts guests at their ease and engages the viewers at home.

In 2022 Chloe became the co-presenter, with Calum Macdonald, of the four-hour Times Radio Breakfast Show every Friday to Sunday, joining the station’s prestigious stable of major national broadcasters. She has continued presenting on the BBC, stepping in on Woman’s Hour on Radio 4. From 2016 she regularly hosted the BAFTA award-winning Victoria Derbyshire programme on BBC 2 and the BBC News Channel and presented at 5 Live on Drive and the Emma Barnett Show.

It’s not just studio based programmes where Chloe is at ease, she has anchored BBC news programmes from Donald Trump’s inauguration in Washington, to the last four General Elections and two Royal weddings. In 2018 she was part of the presenting team that won a Sony Gold for the live coverage of the wedding of the Duke and Duchess of Sussex.

For the last two General Elections Chloe toured the four home nations hosting audience debates with voters. She has also moderated numerous debates in the BBC’s Radio Theatre for the BBC News Channel on topics ranging across the future of China, ten years on from the Iraq war and whether faith and feminism are compatible.

Chloe’s talents as a Moderator, Event and Awards Host are in high demand from major companies and conferences, working with the likes of Reuters, Twitter, Hitachi and Bain. Drawing on her extensive radio presenting experience, she is also a highly accomplished podcast host, working with Brand Conversation and a range of corporate clients.

For 7 years from 2010 Chloe anchored her own TV and radio programme, World Have Your Say, for BBC World News and the BBC World Service – a news debate programme that gave a voice to ordinary people around the globe. This included a special edition with Bill Gates from a school in East London, linking with pupils in Beijing, Nairobi and beyond, to ask him questions.

Chloe has travelled extensively presenting live news programmes, from the UN General Assembly in New York, to a community garden in the Bronx, a bar in Louisville, Kentucky and a migrant camp on the Austrian /Slovenian border.

Starting in 2013 Chloe was part of the inaugural BBC 100 Women series, presenting TV and radio programmes with influential women from around the world, with debates that ran across multimedia platforms.

COVID-19 challenges for businesses and society