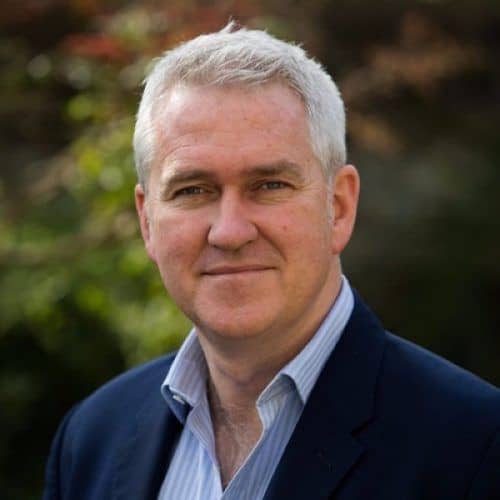 As a former fighter pilot and Executive Officer of the Red Arrows, Justin Hughes is no stranger to high performance in the most demanding of high-risk environments. And after a further 15 years as a consultant on building high-performance cultures, he is uniquely placed to both inspire and offer practical insights into the drivers of excellence.

"We wanted ‘wow’ and we wanted world class credibility. We got both. We also got truly lasting impact. Justin and his team took our core messages and wove them so tightly into their narrative even I began to believe they were his ideas. This positively reinforced and elevated our audience beliefs. So much so that that we worked further with Justin and pretty soon it took on a life of its own as a force for positive change within our organisation. Deeply impressive stuff."

"Justin is one of a rare breed of speakers who absolutely engages and captivates an audience, providing clear takeaways to action straight away into positive business results.  His ability to take experiences from his consultancy work and bring to life what high-performance environments are really like truly resonated with the team.  Whilst there were a number of factors leading to a record performance for the company this month, I am certain that the impact and motivation provided from hearing the common sense approach that Justin provided was one of them. An outstanding person with a world-class ability to bring excellence to life."

"Would not hesitate to bring Justin back."

"A year on we still use the language and some of the principles."

"Justin hosted a two-day workshop in Canada for my global management team.  He delivered a thought-provoking and hands-on programme focused on high reliability and managing the tension between growth and safety. The session was extremely worthwhile, and I would not hesitate to bring Justin back."

"We hired Justin to help lift the leadership community’s managerial competencies at Maersk Line. Our goal for them was specifically to address the cultural requirements of high performing teams. Close to a year on in our team talks we still use the language and some of the principles Justin and his team used in our sessions. A thoroughly enjoyable and engaging session and highly recommendable."

"A superb first-class delivery with captivating real-life experiences around leadership behaviours and accelerated learning through high impact de-brief sessions all underpinned with attitude over skill. Insights, learnings and business models in abundance notwithstanding a real pleasure to work with."

"Justin and the Mission Excellence team take the definition of ‘teamwork’ to a new level. It is inspiring, eye-opening and more to the point, brings about sustainable development"

"Justin delivered an excellent keynote at our Distinguished Engineers Conference.  The feedback we received from our delegates was massively positive and some of the best we’ve had. With a thought provoking and engaging story telling style he brings practical knowledge and insights mixed with just the right level of humour."

"The feedback has been little short of sensational and is still the talking point of the day!  You absolutely nailed what we were looking for."

"Justin wowed our audience at the World Class Leadership 2018 Conference. His blend of insight and humour was both entertaining and captivating. He provided a powerful and unique view into world-class teamwork and leadership. I very much look forward to working with him again."

"Justin Hughes and the team, through their “Learn2Win” methodology brought clarity, structure and best practice to our ability to execute and learn fast.  Their use of practical examples, workshops, and application of a simple to use and easily implementable methodology, provided us with yet another weapon in our armoury to drive improved team performance in a fast-moving environment. Would definitely recommend."

"Although Justin’s background is not from the financial world his vast experience provided clear analogies that really engaged our highly competitive sales force. Justin listened to our business needs and created a session that had impact and will add value to our business as we move into future expansion."

Justin is the Managing Director or Mission Excellence, a consultancy specialising in the development of high-performance cultures. Clients range from global corporations (e.g. 3M, Microsoft) to the public sector (e.g. Bank of England, NATO) and world championship-winning sports franchises (e.g. Mercedes F1). He has presented at hundreds of management meetings, conferences, academic forums and dinners worldwide, including as a guest presenter on Oxford University’s MSc in Major Programme Management London Business School’s ‘Executing Strategy for Results’.

Justin is the author of The Business of Excellence (Bloomsbury, 2016), has been profiled in the London Standard, Director and the Daily Telegraph), and interviewed for BBC World ‘Talking Business’ and BBC Breakfast.

Justin’s breadth of operational, speaking, academic and consulting experience allows him to develop tailored content, specific to the client audience. As well as keynote and after-dinner speaking engagements, Justin’s consulting experience includes conference design, ‘MC-ing’ and coaching of internal speakers. With the Mission Excellence team, he also runs high-impact team-building seminars and workshop programmes for meetings and he co-presents with James Woudhuysen (on agility), Stephen Bungay (on executing strategy) and Anna McNuff (on motivation).

Prior to his current roles, Justin was an RAF fighter pilot. He graduated as a top cadet of his officer training and went on to fly the Tornado F3 air defence fighter. He subsequently served for 3 years on the Red Arrows performing over 250 displays worldwide including 3 international tours. Justin has an MBA with Distinction from London Business School and is currently studying International Relations at the University of Cambridge. 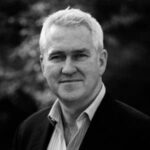 Through over 25 years’ experience of operations, research and consulting, I have identified 4 simple factors which are invariably present in high-performance organisations:
– People: the primacy of attitude over skills
– Capability: building alignment before setting people free
– Delivery: operational excellence to close the gap between desire and outcome
– Learning: how to accelerate performance in real time
Examples and case studies from the military, sporting and corporate worlds are used to engage, inspire and offer tangible insights that can be applied the next day.

Decision-making faced with ambiguity, uncertainty and complexity require judgement. If that judgement call is any of high-pressure, high-risk or in a high-reliability environment then the consequences of being wrong are potentially enormous. We are unlikely to be consistently right faced with the above factors but, it is always better to be approximately right than precisely wrong. Our understanding of cognitive bias has improved dramatically in recent years and a range of tools and methodologies are available to help equip individuals and teams for the situations they will face for which no perfect process exists. Whatever the outcome, proactive, fast learning is always key such as to maximise our deposits in the bank of experience.

Leadership is often confused with seniority however, people form an opinion of you as a person and a leader, not based on your ‘rank’ or what you say, but on what you do. If one separates out intellectual ability (the ability to set direction) and delivery (the ability to organise and get stuff done), the thing you are left with is the ability to bring others on the journey with you. This can exist at any level of an organisation and is a moral and emotional activity. I identify 3 key factors in our ability to influence others through leadership:
– Role modelling
– Reward and recognition
– Consequence management
If ‘following’ is not through personal choice, then it’s seniority, not leadership!

The historical approach to safety has been through regulation, process and compliance. By definition though, this ‘scientific’ approach only prepares you for repeats of previous events or other events which you can reasonably predict. The ‘art’ of risk or safety management is in building the resilience to cope with the unexpected through the pursuit of operational excellence, improving decision-making through human factors training, and most critically, leadership. Leadership drives culture drives behaviour. Behaviour will ultimately drive an organisation’s success in managing risk and safety.

Given a choice, many large organisations would prefer to achieve their goals through exceptional disciplined process and compliance – to have control over what happens. However, apart from the demotivating aspect of this approach, it is irrational when operating in environments characterised by ambiguity, imperfect information and changing circumstances. Instead of control, the keys to success become:
– Clarity – in direction or end goal – a common purpose and centralised strategy
– Alignment – a foundation of common approach and language in how we work
– Empowerment – an approach to decentralise tactical decision-making to the lowest practical level
Agility is not a 21st-century issue – the issue is often not technology but mindset.