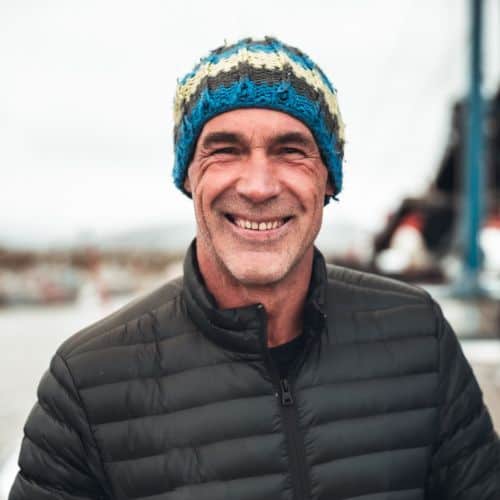 Mike Horn is acknowledged as one of the world’s greatest modern day adventurer-explorers. He has undertaken exceptional feats of endurance, determination and courage, which have extended the boundaries of human achievement.

Mike is globally acknowledged as the world’s greatest modern-day explorer. From swimming the Amazon River solo and unsupported to an un-motorised circumnavigation of the globe at the equator, Mike’s list of accomplishments as a solo explorer is unparalleled. For 25 years, as one of the top motivational speakers, he has inspired and educated the world by pushing the limits of human ability through a series of groundbreaking expeditions, always naturally powered and often solo.

In two decades, he has seen more of the Earth than possibly any other human. He walked to the north pole during the dark season (more people have been to the moon) and has scaled the world’s 8,000-metre peaks including a recent attempt to paraglide K2.

During his “Arktos” expedition, he walked the Arctic Circle solo and was already dreaming of his next expedition. While Mike Horn continued his expeditions, he started to focus on sharing his skills and his knowledge with the younger generation. Mike built a sailing vessel for this expedition called the “Pangaea” expedition. With this expedition, Mike Horn’s mission was to reunite the continents through the fantastic Young Explorers Program (YEP) and showed the youth the beauty of the planet to encourage a respect for the environment by taking them onsite to explore our wonderful planet. Over 200,000 miles and multiple circumnavigations were well documented as this environmental initiative to educate a global network of youth. Now he has several new projects on the horizon, and they are bigger and more inspiring than ever.

Mike also engages in mental coaching of elite sports teams. Through his coaching, Mike already contributed to the victory of several teams, including Germany’s national football team during the 2014 World Cup, and the Kolkata Knight Riders cricket teams and the Mumbai Indians in India, and the Proteas in South Africa.

Since 2015, the adventurer makes an appearance on TV with three TV shows broadcasted on French TV channel M6; The Island: Seuls au monde, A l’État Sauvage, and finally Cap Horn.

Meanwhile, Mike Horn continues to share his adventures through books. To date, Mike Horn has 6 books and 2 albums, mainly sold in French-speaking territories.

In 2016, he embarked on a new adventure, Pole2Pole; a 3-year circumnavigation of the world on land and seas, passing through the South and North Pole. He left Monaco in May 2016 and aims on crossing both poles before reaching his starting point in December 2019.

In February 2017, he achieved another feat during the Pole2Pole expedition; the solo crossing of Antarctica, more than 5100 kilometers in 59 days on skis and by kite. To record, Mike broke the record of the longest crossing of the Antarctic continent.

In September 2019, he crossed the Arctic Ocean with his friend Børge Ousland. The expedition lasted 87 days and was described as one of the hardest of his life.

‘If you are afraid of losing, you can never win’ is the philosophy with which Mike has lived his life and conquered the impossible, enduring temperatures of -95 degrees, sailed the oceans, and battled nature at her worst in becoming the first man ever to reach the North Pole after walking for 60 days and 5 hours. He has redefined the boundaries of human endurance starting from 2002 after completing a 27- month circumnavigation of the Arctic Circle. His is a life filled with inspirational encounters and an inexorable desire to push the boundaries.