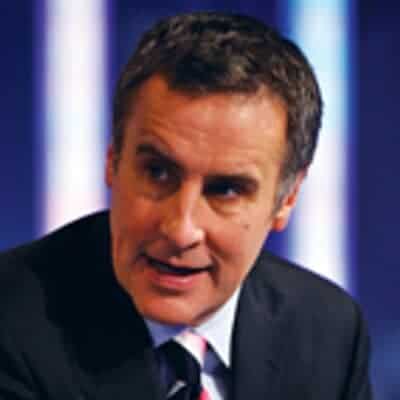 "What can I say other than, ‘Thank you! We couldn’t have done it without you!’. Of course, I am referring to the assistance you gave us in hosting our event on Friday evening. It was a real pleasure working with you and your calm professionalism was greatly appreciated."

"This was the first time we used Dermot and he was a real winner with the audience… he was very easy to work with, very professional and did a great job for us."

"We’ve had some amazing feedback already, Dermot was a dream to work with…Please pass on my thanks to Dermot, it was an absolute pleasure."

"Thank you very much for facilitating yet another excellent TalkBack session. The conference delegation and Central committee appreciate your knowledge on policing issues and your skills in managing the questions during the session. It was a pleasure to work with you again."

"The event went really well and Dermot was fantastic."

The Which? Big Banking Debate

"Dermot was a pleasure to work with, did an excellent job facilitating the day, managing the A&A sessions during the afternoon, and was a real hit with our delegates. We are very appreciative and grateful that he was happy to step in and help us."

Prior to this he fronted ITV’s Lunchtime, Nightly and Evening news bulletins for 11 years and was a key part of the presentation team covering the 2001 General Election. In 1997 Dermot broke the news to the nation about the sudden death of Diana Princess of Wales.

Before joining ITN’S Lunchtime News, Dermot regularly presented Channel 4 News and fronted five series of The Big Story (ITV). He was also a reporter for Business Programme (Channel 4), co-presenter for ITV’s Sport Awards and was the anchorman of Channel 4 Daily.

After obtaining an MA in History from Sussex University he went on to complete a post-graduate course in Journalism at City University.

Dermot is married to journalist Maria Keegan. They have three daughters and a son Kitty, Molly, Alice and Jack. He is an Arsenal fan.