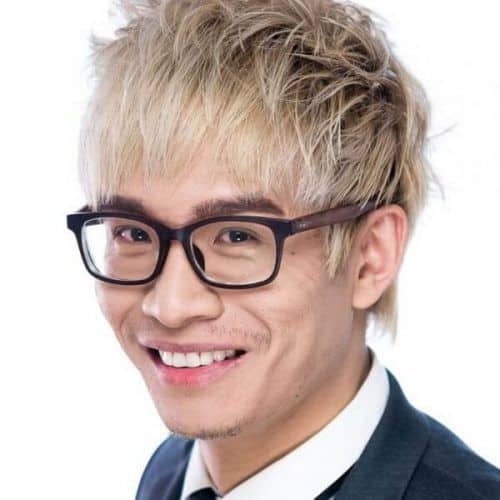 Vinh Giang has been an entrepreneur since he was 13. With every business, he’s learned valuable lessons that have helped him to grow his business and personally

During his talks, Vinh shares ways to think differently, how to get out of the ‘siloed’ mentality and overcome misdirection in your business and life.

"Spectacular – used magic and his personal energy to tell a compelling story of how to succeed in life. Perspective, Influence and Beliefs – simple really yet so many miss the cues in life to really jump high. Best motivation I have heard for years!"

"Unsolicited rave reviews from an overwhelming number of attendees after your presentation. It was a great pleasure speaking with you “back stage”. You were great to work with and you managed to help me relax."

"Not only entertaining, but eye-opening to the value of attaining new perspectives – relevant to all industries and their professionals. More like this in the future!"

"Best speaker of the whole event. Content and entertainment were integrated perfectly, and extremely relevant to the audience. I would have loved to see more of him than just the one session."

"Vinh did an excellent job presenting for our Conference. I consider him to be very reliable, prepared, and professional. He took ample time pre-conference to speak with me to better understand our audience, and held the audience’s attention for his entire presentation."

"All of our delegates rated Vinh 100% excellent. I don’t think you can get any better than that!"

"Vinh’s communication skills are of the highest calibre and both his on-stage and off-stage presence and energy is captivating. He delivered his material of exceptional quality that was beyond my expectations, and because he is extremely humble, this is what makes him the professional he is."

"Vinh Giang was just amazing, so easy to talk to and fabulous at performing… but performing with purpose, it wasn’t just about ‘magic tricks’, he really connected with our audience and used his tricks to deliver solid messages."

"Vinh was engaging and relatable on all levels. The way he used magic as a metaphor was spot on! Can’t say enough about his rare talent."

"Vinh was so well received in fact that my boss asked that we use him again at one of our upcoming meetings."

"Vinh was very engaging. Feedback from the attendees was that they really enjoyed his presentation."

"Vinh you have extraordinary talent, delivered with professionalism whilst always remaining humble and making your audience crave for more."

"You have given our delegates the chance to say ‘WOW’ and I’ve had direct feedback from delegates who have not only taken your messages of perception, belief and influence back to their local communities but are implementing some of your strategies."

"Vinh has a talent for engaging a large room of people with diverse backgrounds, conveying his points with energy, humor and enthusiasm and taking people along on the journey with him. I think he can make believers out of the most hardened and sceptical individuals!"

"Vinh is so warm and generous and a wizard at making people feel that they are seriously important to him. I cannot recommend him highly enough for sheer entertainment and more so, for his sheer brilliance in encouraging us to rethink our lives and our limitations and to reach for the stars."

Who is Vinh Giang?

With only 6 months to graduate, Vinh Giang left his degree in commerce and law to become an online magic teacher ultimately building a hugely successful online business, 52kards, which now serves over 800,000 students all around the world. This earned him the award of Top Young Entrepreneur in Australia.

Vinh Giang’s real magic journey began when he finally understood what Robert Houdin (an amazing magician) meant when he said: “A magician is an actor playing the part of the magician.” Once Vinh understood the meaning behind this quote, he focused all his energy on studying the art of performance and not the art of presentation. He has spent the last 15 years mastering the art of performance-enhanced communication, helping thousands of professionals worldwide to learn these skills.

Vinh is also the CEO of Luminary Productions which produces exceptional video for individuals and companies all around the globe.

Vinh’s presentation will bring out the magic in you!

“I believe that magicians are salespeople; they sell one of the most difficult products in the world. They sell magic – they sell the illusion. The way they’re able to sell magic is by working ridiculously hard. It takes thousands and thousands of hours to be able to sell the illusion, to be able to really sell the magic. Imagine if you applied the same mindset to your company – imagine if you applied the same dedication to your business – think about what you could achieve.” – Vinh Giang

Keynote: The Psychology of Illusion

Magic is much more than sleight of hand. It’s the ability to guide perspective, spotlight influence, and challenge belief systems. With humour, heart, and captivating showmanship, Vinh transforms these three powerful components and shares how creating and cultivating the RIGHT influence in our lives can make the difference between tremendous success or limited mediocrity. What we know in this world is that everything that once seemed impossible can be reimagined and overcome. It takes suspending old belief systems. Unlocking mindsets. Innovating. Deliberate and definitive action. And yes, even a little magic. Invite wonder and unlock limitless potential in your team by inviting Vinh to speak at your next event.

There is very real magic in the powerful ability to communicate at extraordinary levels. It allows people to shift mindsets. To close deals. To build relationship bridges. To overcome objections. To connect in ways that foster leadership, teamwork, and exponential growth. In this workshop, Vinh captivates audiences with the tools, skills, and strategies that allow them to transform themselves into dynamic communicators. NOTE: this is a breakout session.

Vinh will choose 3 of these ideas to share during his talk for your audience.