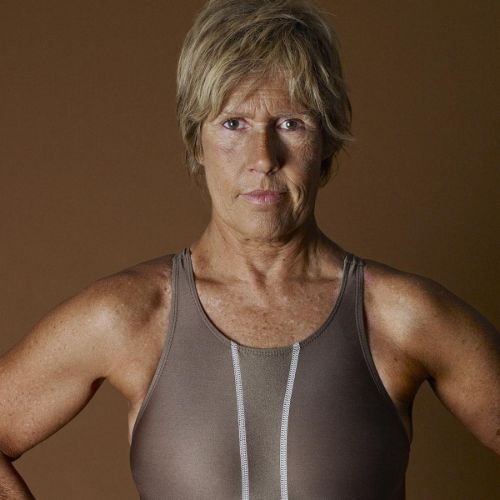 For ten years (1969-1979), Diana Nyad was known as the greatest long-distance swimmer in the world. In 1979, she stroked the then-longest swim in history, making the 102.5-mile journey from the island of Bimini (Bahamas) to Florida. She also broke numerous world records, including what had been a 50-year mark for circling Manhattan Island, setting the new time of 7 hrs 57 min. She is a member of the National Women’s Hall of Fame and the International Swimming Hall of Fame.

At age 60, having not swum a stroke in decades, she began planning for her white whale of distance swims: the 110-mile ocean crossing between Cuba and Florida. She’d tried it once, in her 20s, and severe jellyfish attacks had defeated her then. But now, with a strong team and a new commitment to her vision, she stepped back into the salt. She spoke about this second attempt at TEDMED 2011. And at TEDWomen 2013, in December, she talks about how it feels to have finally done it.

Nyad appears as part of a weekly five-minute radio piece on sports for KCRW called “The Score” (heard during KCRW’s broadcast of NPR’s All Things Considered), as well as for the Marketplace radio program.