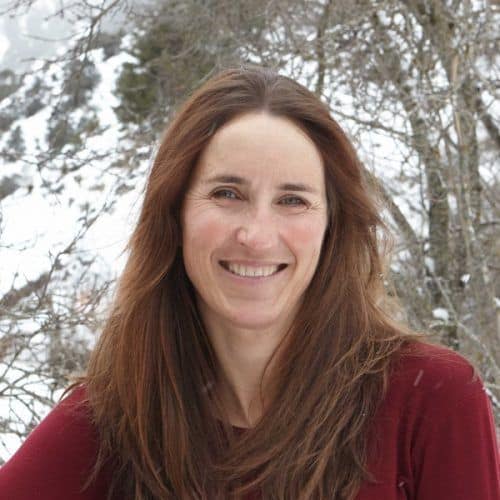 South African mountaineer Cathy O’Dowd is the first woman in the world to climb Mount Everest from both sides. Her many high Himalayan expeditions provided extensive experience with individuals and teams facing stress, risk and overwhelming challenge. She shares these insights with her corporate audiences through story-driven expedition case-studies. She is an internationally acclaimed motivational speaker who has spoken in over 40 countries.

"Cathy’s professionalism was first class, not only at the event but also in the build up to the event. The presentation Cathy gave was greatly appreciated …. I would strongly recommend her as a professional speaker."

"Cathy’s professionalism was first class, not only at the event but also in the build up to the event. The presentation Cathy gave was greatly appreciated …. I would strongly recommend her as a professional speaker. The participants loved your presentation, the story and the structure of it it! So thank you very much again for having contributed to the success of the conference!"

"A huge thank you for injecting some much needed excitement and laughs at ProcureCon Europe. A fantastic presentation that more than fitted what I wanted and the feedback has been very positive."

"Cathy is an incredible speaker. Her presentation draws on her mountaineering experience and delivers messages that are relevant to any business environment: team work, strategic thinking, leadership, learning from mistakes etc. She delivers her talk in a very engaging way, and really inspired our audience of senior investors and executives. She was also great to work with in the lead-up to the event when discussing the format, content and objectives of the talk, and on social media. It was a pleasure working with Cathy and I’m happy to recommend her as a public speaker."

"A truly inspiring talk … I have had the opportunity to attend quite a few such events but yours stood out for me, mainly for not only the very powerful messages but also for the staggering humility you displayed."

"The participants loved your presentation, the story and the structure of it it! So thank you very much again for having contributed to the success of the conference!"

"I have received a lot positive feedback…. People felt drawn into your story, very engaged and found it thought provoking. I would not hesitate to recommend this to anyone."

"What we liked was that you linked your personal story to our BearingPoint business and project culture. The audience had the chance to realize that also in our world teaming, making mistakes and diversity is very important."

"Cathy is engaging, authentic, spirited and was able to completely capture the attention of everyone in the room (2,000 senior level hospitality executives) and offer a compelling story but more importantly, tactical advice for better navigation of the unexpected. Leading up to the event, as Marketing Director, my role is to drive event awareness and Cathy was so easy to work with in helping to create some engaging teaser campaigns that helped us generate more traffic to our site. I would highly recommend Cathy to speak at any upcoming event in need of a truly inspirational and one-of-a-kind talk."

"Cathy delivered an impactful and compelling talk on the challenges of climbing, paying particular attention to weave in elements that were meaningful to the audience. Her speaking style is natural and she “connects” with the audience in both tone and content… There are so many parallels to Cathy’s talk that resonate with the world of business – risk assessment, decision making, leadership, initiative… The formal rating was 5 out of 5 (doesn’t get better than that!)…and the anecdotal feedback was equally as positive."

Cathy O’Dowd is the first woman in the world to climb Mount Everest, the world’s highest mountain, from both its north and south sides. Her first ascent of Everest happened in the midst of the chaotic events that form of the basis of the ‘true story’ behind the Hollywood movie Everest.

Cathy, who grew up in Johannesburg, South Africa, has climbed ever since leaving school. She was completing her Masters degree in Journalism, while working as university lecturer, when she saw a newspaper advert for a place on the 1st South African Everest Expedition. Six months later she was the first South African to summit Everest. Three years later she became the first woman in the world to climb the mountain from both sides. Finally she made one last expedition to Everest to try a new route on the Kangshung face. She has written a book about her Everest experiences, Just For The Love Of It.

The years she spent in the Himalaya were for her a degree ‘in living’. The insights she discovered about herself, and about individuals and teams under intense stress in the face of overwhelming challenge, are ones she has been sharing with her corporate audiences ever since. Her stories touch on themes of importance to anyone trying to run successful projects and get the best out of people.

Cathy’s most challenging Himalayan epic was as part of team forging a new route on an 8000 metre peak. Although Cathy herself did not reach the summit, two of her teammates did, doing the first ascent of Nanga Parbat via the Mazeno ridge, and winning the prestigious Piolet d’Or for their achievement. She has turned this experience into a fascinating interactive case-study of successful project execution of truly innovative goals.

Cathy is actively involved with charities focused on female empowerment, notably the Rwenzori Women for Health project in Uganda, and the Astraia Female Leadership Foundation in Germany. She lives in Andorra, in the Pyrenees mountains, from where she pursues her speaking career, and explores the mountains of Europe. In her free time she does technical rock-climbing and ski-mountaineering.

Everest: in Search of Peak Performance

One of the last great mountaineering challenges – the Mazeno ridge of Nanga Parbat. International climbing teams had tried 10 times over three decades – and all failed. How would Cathy’s team be different? And how did they adapt when their plan came up against the complicated, unexpected reality?

Cathy has turned this extraordinary experience into a case-study of the challenges of trying to do what has never been done before. She examines the pitfalls of operating in unpredictable, high-risk environments and identifies the key problems in executing ambitious plans in uncertain environments. Her analysis and solutions will help any strategic planner implement innovative objectives more effectively.

Overcoming the Greatest Challenge in Life

Move beyond Everest to true innovation

With Everest, the world’s highest mountain, reduced to a queue of commercial clients clipped into a fixed handrail laid out by Sherpas, it’s time for real climbers to step out of the line and once more tackle the unknown.

The Mazeno Ridge on Nanga Parbat was one of the last great problems in the Himalaya, the longest unclimbed ridge on any 8000 metre peak. With a small group climbing alpine-style (fast, light and unsupported), the team of six came within inches of disaster before finally getting two members to the top – who then, with neither food nor water left, had to get down again. The summit pair would win a Piolet d’Or (the mountaineering equivalent of an Oscar) for their performance.

Cathy’s analysis of how the team planned for the challenge, what went wrong in the execution and how they adapted, regrouped and eventually triumphed makes for a rollercoaster ride. She looks at the challenges and rewards of bringing together a diverse team, and digs deep into decisions and consequences, looking at how to be flexible in the planning while still focused on the goal.

The Power of Enjoying your Journey as a Tool

Understanding the Growth Cycle of your Team

To the summit of Everest – and beyond

Mount Everest: the highest point on Earth, guarded by vast flanks of rock, ice and snow. Of the climbers who tackle this challenge, 75% will fail, one in a hundred will die.What makes the mountain so difficult? The obvious answers are crevasses, avalanches, blizzards. However, the real danger is commonly overlooked. It is people: yourself, your team-mates.

Reaching New Heights draws on the lessons Cathy O’Dowd learnt from her first Everest expedition. With the focus on finances and logistics, the dynamic of the team was ignored. The team collapsed into in-fighting and power-play from the first day, and three members walked out before reaching base camp.

The key obstacles that Cathy and her team-mates discovered on the mountain turned out to all come from within the team. However, they also discovered hidden tools that finally got them to the top – tools that are not about ropes and ice-axes but rather ways to manage people as effectively as possible in pursuit of your common goal.

The place where the worlds of mountains and business meet is with people: ambitious people tackling overwhelming challenges in high-risk, high-stress environments. These are people whose natural ability can push them towards competition rather than collaboration, yet who need to function effectively in tight-knit teams.

In mountains, as in business, there is much about the external environment that cannot be controlled. The place where we can most easily and quickly improve our effectiveness is in the attitude of our people – how focused, motivated and efficient our teams are.
Conversely, the most common problems that lead to teams falling apart are also of our own making. Most success speakers don’t talk about how wrong it can go, but Cathy shares the ways in which people create their own disasters and shows how to overcome them, refocusing teams to climb to summit success.

Her stories of failure are told with humour and refreshing honesty. Her stories of success are dramatic and memorable, and the tools she highlights are as important in normal life as they are on the mountain.