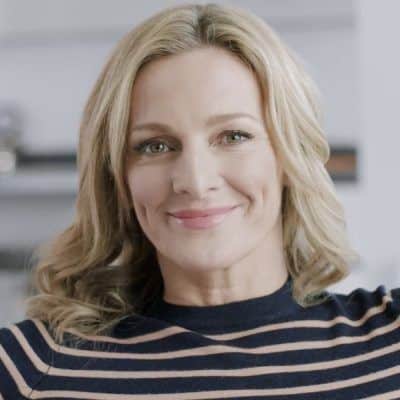 One of the UK’s leading broadcasters

Among the first women to make a real impact on football presenting, Gabby Logan has achieved her dream of success, conquering a male-dominated industry in the process.

Dedicated and professional with a fantastic sense of humour, Gabby Logan is one of the UK’s leading broadcasters.

A former international gymnast, Gabby began her broadcasting career in radio in 1992 and joined Sky Sports in 1996 where she quickly established herself as one of their key presenters. She joined ITV in 1998 and during her time at the channel Gabby’s repertoire expanded through presenting various fixtures including The World Cup and Champions League. In 2004 Gabby hosted Sport Relief for the BBC before joining the corporation in 2007.

While at the BBC Gabby has presented the Final Score, Inside Sport, Invictus Games, MOTD Six Nations, The Olympic Journey, The One Show, Inspire: The Premier League Show, The World Swimming Championships and Women’s Football, making her one of the network’s most integral faces. She was also a key member of the BBC’s presenting team for the 2012 and 2016 Olympic Games, 2014 Brazil World Cup and the 2014 Glasgow Commonwealth Games.

Following various stints on the station Gabby began presenting a weekly Sunday morning show on 5Live in 2008 and until 2011 presented the Gabby Logan show during weekdays. She also hosted a live daily show Live with Gabby on Channel 5. In 2013 Gabby presented I Love My Country, a primetime patriotic quiz show for BBC1 along with the celebrity diving show Splash! on ITV with Vernon Kay and Tom Daley. That year also saw her presenting Sport Relief from the Olympic Park as well as hosting the BBC’s first ever Sports Prom. In 2015, she hosted the primetime entertainment show Flockstars for ITV.

A prolific writer, she’s been a columnist for The Times and has previously written for The Independent, The Guardian, Glamour and Stylist Magazine.

Gabby recently won the WFTV Presenter of the Year 2016.

The daughter of Terry Yorath (a Welsh footballer and manager), it is not surprising that Gabbys love of sport was nurtured from a young age. She was educated at several schools due to the fact the family moved around a lot as her fathers job meant relocating relatively frequently. Having been successful in her studies, she went on to attend Durham University, where she studied law at St Hild and St Bede.

Throughout school and university, Gabby was an active participant in sport. She played netball and practiced gymnastics, both of which she had a natural talent for. Her years of training paid off in 1990, when she represented Wales in the rhythmic gymnastics competition at the Commonwealth Games. She achieved eighth place, an impressive result for a 16 year old. Unfortunately, Gabby began to suffer from sciatica at the age of 17 and was unable to continue to pursue her dream of becoming a gymnastic champion.

Due to her fathers involvement in the sport, football was an important part of Gabby’s life. As a lifelong fan of the sport, Gabby has her own preferences and is a supporter of Newcastle United. She followed the sport as a fan throughout her childhood and teenage years.

Gabby began work as a radio presenter once she had completed her degree. It was whilst Gabby was working at Newcastles Metro Radio that she was approached by Sky Sports, who invited her to become a television presenter. Gabby worked with Sky Sports for two years, before moving to ITV. During this time, she also worked as a host for game shows.

She began working as a presenter for ITVs On The Ball in 1998, a popular lunchtime football show. Whilst working for ITV, she also presented numerous football games, including UEFA Champions League matches and interviewing stars for the 2006 World Cup. She has participated in the BBC’s Strictly Come Dancing.

During the 2012 Olympic Games in London, Gabby was host of Olympics Tonight, a friendly and fun take on the days events and outcomes. In interviews since the even, she has said how much she enjoyed presenting at the Olympics and that she felt the event was enhanced by the amount of female sports presenters taking part in the coverage.

Gabby is not only an enthusiastic and talented presenter, she also contributes articles for The Times. She has also appeared in GQ magazine. She currently works as a host of Inside Sport, a BBC programme which discusses current news and trends involving sport and interviews sporting stars. In addition to this, she hosts the Gabby Logan Show on BBC Radio 5 Live, discussing current news, politics and, of course, sport.

When Gabby was a teenager her younger brother Daniel died unexpectedly of hypertrophic cardiomyopathy, a heart condition. The untimely death of her otherwise healthy brother helped Gabby to see how vital it is to make the most of your life. She has worked in support of the British Heart Foundation, helping to raise money and providing a celebrity profile boost for the charity.

Gabby was married in 2001. Her husband is Kenny Logan, a Scottish international rugby player. The couple have two children, twins called Lois and Reuben.