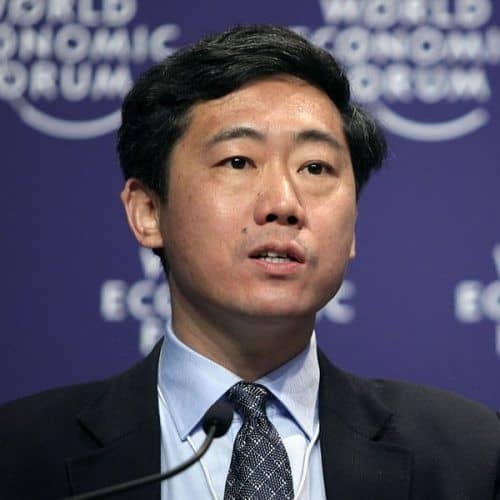 David Li was part of the first class of undergraduates in Tsinghua University’s re-established School of Economics and Management. After completing his studies in 1985, he went on to study for a PhD at Harvard University.

In addition to serving on the Chinese Central Bank’s Monetary Policy Committee, Professor Li is also a delegate to the Beijing People’s Congress and a member of the Chinese People’s Political Consultative Committee. Few, if any, people are as well placed to discuss the likely future economic strategy of the Chinese government.

Professor Li is particularly interested in the impact of China’s on-going integration into the world economy on both China and the rest of the world. On this topic no-one is a greater authority.

Official reports on the Chinese economy will often give observers who are unfamiliar with the cultural differences a misleading impression of the reality on the ground. Therefore the service that David Li provides in explaining what lies behind the figures is invaluable. Even investors with no interest in becoming directly involved in China can benefit from understanding what the country is likely to do next and how this will affect world markets.

For any conference with an economic theme, David Daokui Li is an exceptional keynote speaker. He will be received with interest by a range of different audiences including investors, academics and anyone who is interested in global governance.

Events that have a particular Chinese focus will benefit from Professor Li’s insider knowledge of how the country’s institutions function. He can also provide interesting, unique insight to the history of China from a economist’s perspective.

Li gained his Doctorate in 1992 and had spells teaching at the University of Michigan and Hong Kong University of Science and Technology, before returning to Tsinghua. He is currently the Mansfield Freeman Professor Chair of the university’s Department of Finance

Wall Street Wire named Professor Li as one of the top ten most influential economists in China in 2006 and he was selected as one of CCTV’s Men of the Year in the Chinese Economy in 2010.

The future economic strategy of the Chinese government

The impact of China's ongoing integration into the world economy