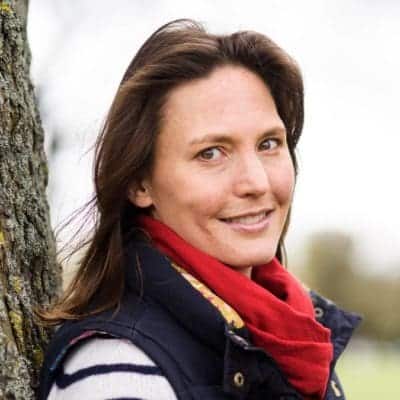 Helen is a physicist, first and foremost, but she’s acquired a few other labels along the way: oceanographer, presenter, author and bubble enthusiast.

She was born and brought up near Manchester in the northwest of England and spent her childhood playing by the canals and along the old railway routes of the early Industrial Revolution. Maths and science (especially physics) always felt as though they would be her focus in the long term and she studied Natural Sciences (Physics) at Churchill College, Cambridge, finishing with a first class degree. A year later, she returned to Cambridge to study for a PhD in experimental explosives physics, motivated by the opportunity to use high-speed photography to explore the physical world further.

After her PhD, she looked around for another subject that would allow her to continue to build that sort of experiment, but with an application in the natural world. That’s when she found out about bubbles and oceans. The Scripps Institution of Oceanography in San Diego was her door into that world, followed by a postdoc at the Graduate School of Oceanography in Rhode Island. Then she came back to the UK to start her own research programme on the physics of oceanic bubbles, first at the University of Southampton and then at her current academic home, University College London.

Helen gets particularly excited about the physics of the everyday world and the oceans. Looking up at the cosmos is very important for our awareness of our place in the universe, but the vast majority of the rules that make the universe tick can be seen around us in our daily lives. Helen loves to play with the world and to encourage others to have confidence in their ability to explore it and think about it too. The oceans are the heart of the Earth’s engine, the system of atmosphere, rocks, ice, life and ocean that makes up our planetary life support system. Beyond the purely scientific, Helen is fascinated by the relationship between human civilisations and the oceans and how these vast expanses of blue have shaped and influenced the structure of human society.

Just as Helen moved back to the UK from Rhode Island, she was asked by the BBC to audition for a presenting role and this opened up a whole new way of sharing her enthusiasm for science. Since then, she has presented documentaries on a wide range of subjects relating to physics in general and also atmospheric and ocean science. She is passionate about conveying the beauty and ingenuity of the physical world around us and the perspective on the world that science provides. In addition to presenting, she is a writer and speaker and also regularly hosts and chairs science events.

We need to talk about physics

Give me Inspiration! The Paradign Shift

The Fascinating Physics of Everyday Life

The Science of Bubbles