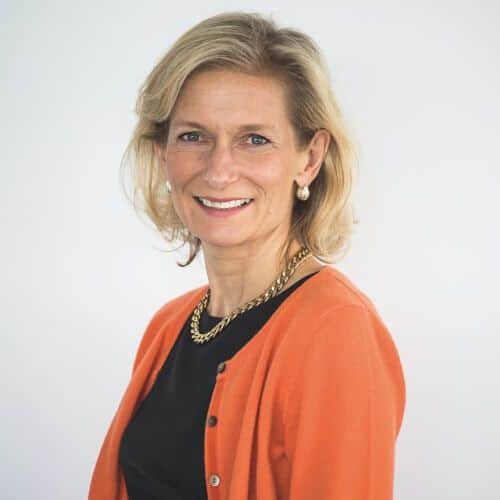 Editor-in-Chief of The Economist

Editor-in-chief of The Economist and named one of the “Most Powerful Women in the World” by Forbes, Zanny Minton Beddoes is a renowned global economics expert, sought-after for her authoritative perspectives on the world economy – past, present and future.

The first female editor in The Economist’s 170+-year history, Zanny is renowned for delivering sophisticated insight on all facets of economic affairs. At the nexus of the global economy and policy, she adeptly positions new developments that impact business and industry into the broader context of world events, from emerging markets and a precarious European Union to corporate America and the latest twists in U.S. politics.

Previously, during her decades-long tenure at The Economist, she served as business affairs editor, economics editor and emerging-markets correspondent. Zanny is the recipient of the 2017 Loeb Award in the “Breaking News” category for The Economist’s scoop on Saudi Aramco, as well as the 2012 Loeb Award for economic journalism.

From her post at the top covering the global economy, policy and business enterprise, Zanny enlightens audiences on financial and economic trends with prescient analysis that is detailed yet comprehensive in scope. With charming wit and remarkable precision, her unique depth of perspective on the future of the global economy provides an unparalleled outlook that always engages and informs. to the BBC in the UK and the World Service.

What’s Next? Making Sense of a Global Economy

In this big picture presentation, Minton Beddoes reveals the interplay of democracy, demography, technology, energy and government policies as the ultimate drivers of economic change.

As The Economist’s Editor-in-Chief and former Washington Editor, Economics Editor and Business Affairs Editor, she delivers unmatched insights and global perspective on the various economic elements at work in presentations that are constantly evolving along with global economic conditions and circumstances.

In this big picture presentation, Minton Beddoes reveals the interplay of democracy, demography, technology, energy and government policies as the ultimate drivers of economic change. The global economy: – How is Europe displaying attributes typical of Japan, where economies are no longer shrinking, but stagnant? – Emerging market economies are being tested: A candid look at which have promise and those that could collapse under the pressure. As The Economist’s Editor-in-Chief and former Washington Editor, Economics Editor and Business Affairs Editor, she delivers unmatched insights and global perspective on the various economic elements at work in presentations that are constantly evolving along with global economic conditions and circumstances.

Every so often, America—particularly the Congress—goes through a frenzy of protectionism. In the mid-1980s when the dollar was strong and the trade deficit large, the villain was Japan. Today, the villain is China. China bashing is rising sharply in the US Congress—there are many bills that threaten to slap tariffs on China if it does not revalue its currency. Lawmakers are furious at the rise in textile imports from China now that the quota regime has gone. And this frenzy may only grow stronger. The US trade deficit is rising fast and it will dictate trade politics and relations with China in Congress. Within months we could see tariffs, voluntary export restraints, new quotas on textiles and all kinds of other nasty protectionist gambits. At the same time, China is one of our biggest creditors. The Chinese buy many of the Treasury bills that fundour huge budget deficit, thus keeping U.S. interest rates low. If they stopped, interest rates would shoot up and the American economy would tank.Beddoes terms this conundrum the “balance of financial terror.” How this balance unwinds – what happens to China’s currency, what happens to the dollar, what happens to American interest rates, and what happens to trade laws – has huge implications for American business.

For years, America’s economy has led the rest of the developed world, but will the U.S. remain the global dynamo or is the country’s ongoing recovery built on an unsustainable pile of debt? Minton Beddoes examines the economic outlook from American and global perspectives, offering up-to-the-minute insight on policy-makers’ priorities and expertise on the likely direction of issues, ranging from job creation to the deficit’s effect on global interest rates to potential financial regulation.

Charting Uncertain Waters: The World Economy After the Credit Crunch

After five years of smooth sailing, the world economy has hit troubled waters. The financial turmoil spawned by a crisis in America’s subprime mortgage market has broadened into a general credit crunch, with global economic consequences. America’s economy is perilously close to recessions as consumers face falling house prices, tighter financial conditions and a weaker labor market. The outlook has also darkened in other rich economies, especially in Europe. Yet many emerging economies, particularly big ones such as China, India and Brazil, are still booming. This unusual constellation raises important questions. How protracted and painful will the credit crunch be? How much will an American recession affect the rest of the world? Does this downturn mark a turning point in America’s global economic hegemony? As The Economist’s economics editor, Zanny Minton Beddoes will explain today’s economic challenges and put them into a broader historical context.