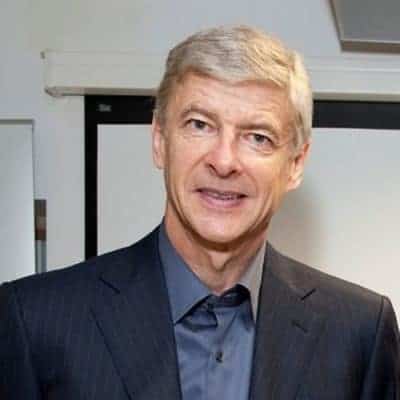 Legendary football speaker, Arsène Wenger OBE is a French football manager and former player. He was the manager of Arsenal between 1996 and 2018, becoming the club’s longest-serving manager and most successful in terms of major titles won.

Football pundits give Wenger credit for his contribution to the revolutionising of football in England in the late 1990s through the introduction of changes in the training and diet of players.

Wenger was born in Strasbourg and raised in Duttlenheim. He was introduced to football by his father, the manager of the local village team. After a modest playing career, in which he made appearances for several amateur clubs, Wenger obtained a manager’s diploma in 1981. Following an unsuccessful period at Nancy which culminated in his dismissal in 1987, Wenger joined AS Monaco; the club won the league championship in 1988.

In 1991, Wenger guided Monaco to victory in the Coupe de France, but their failure to regain the league title in later seasons led to his departure from the club by mutual consent in 1994. He briefly coached Japanese J.League side Nagoya Grampus Eight, which won the Emperor’s Cup and Japanese Super Cup during his stint.

In 1996, Wenger was named manager of Arsenal and two years later the club completed a league and FA Cup double. The club won another league and cup double in 2002 and retained the FA Cup a year later.

In 2004, Wenger managed Arsenal to an undefeated league season, a feat last accomplished by Preston North End, 115 years previously. Arsenal later eclipsed Nottingham Forest‘s record of 42 league matches unbeaten and went seven more matches before losing in October 2004. The club made their first appearance in a Champions League final in 2006, though they lost to Barcelona. After a period of nine years without a trophy, which coincided with the club relocating to the Emirates Stadium, Wenger guided Arsenal to further FA Cup success in 2014, 2015 and 2017.

The nickname Le Professeur is used by fans and the British media to reflect Wenger’s studious demeanour. His approach to the game emphasises an attacking mentality, with the aim that football ought to be entertaining on the pitch. Wenger’s Arsenal teams have been criticised for their indiscipline; his players received 100 red cards between September 1996 and February 2014, though the team has won awards for sporting fair play.

Monaco, Wenger earned a reputation for spotting young talent, and he has remained focused on developing a youth system.