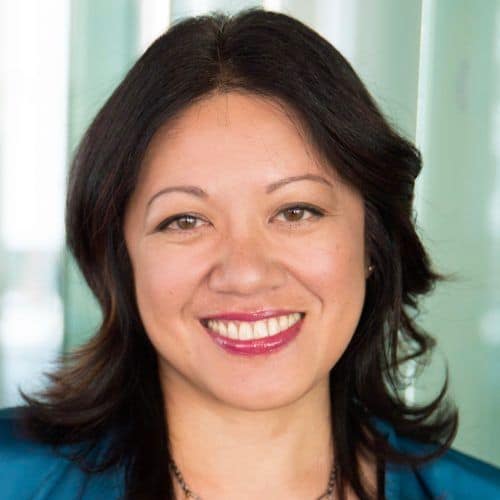 Pioneer and thought leader in the world of social technologies

A bestselling author, consultant and founder of the Altimeter Group, which produces research and advice to help organisations find their way through the exciting new business world which is now both more ‘social’ and more ‘open’ than ever before.

Charlene Li is a highly approachable speaker who inspires and entertains while leading her audience through the opportunities provided by the rapidly expanding ‘social’ world.

Charlene Li is founder of the Altimeter Group and the author of The New York Times bestseller Open Leadership which shows leaders how to lose the fear and tap into the power of social technology. She is a graduate of Harvard Business School and began her career at the San Jose Mercury News and the Community Newspaper Company, before joining Forrester Research.

She founded Altimeter in 2008 just as the unstoppable wave of social media technology was breaking over business. Altimeter was named by Fast Company as one of The Five Most Creative Small Businesses in 2010.

Charlene Li is now one of the foremost experts on social media and is highly regarded as a thought leader on leadership, strategy, social technologies, interactive media, and marketing. She was named one of the 100 most creative people in business by Fast Company in 2010 and one of the most influential women in technology 2009.

She is coauthor of the critically acclaimed, bestselling book Groundswell which looked at how to integrate social media into marketing strategies it was named one of the best business books in 2008.

Her latest report with Brian Solis looks at the picture in a maturing social technology world and finds that few businesses feel their social strategy is connected to business outcomes and so they still feel there is a long way to go with leadership education to get the best out of new social technologies.

Charlene Li is a much sought-after speaker and has delivered keynotes at World Business Forum, SXSW and Web 2 Expo among many others.

Her book Groundswell has won a number of awards including:

Convincing Your Curmudgeon ? Getting Executive Buy-In For Your Social Strategy

Open Leadership In Your Organization

The Future Of Social Networks

Get Engaged With Your Customers (Or Employees)