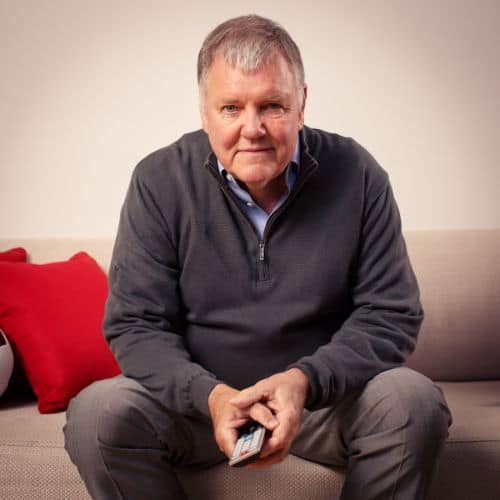 Clive Tyldesley is an English television sports broadcaster. He was ITV’s senior football commentator from 1998 until 2020.

Clive Tyldesley is a television sports broadcaster. He was ITV’s senior football commentator from 1998 until 2020. In that role, he has led the ITV commentary team at four World Cups and four European Championships, and been lead commentator on 17 UEFA Champions League finals and a commentator on nine FA Cup finals for ITV. He won the prestigious Royal Television Society Sports Commentator of the Year in 1998, 2000, 2002 and 2005, and was voted the Sony Radio Awards’ Sports Broadcaster of the Year in 1983.

He currently serves as a commentator for ITV Sport, Amazon Prime, TalkSPORT, CBS/Paramount Plus in USA and Rangers Football Club on their in-house Rangers TV service.

In 2021 his first book was published by Headline: the semi-autobiographical ‘Not for me, Clive’. Following requests from his social media followers Clive has also made prints of his famous commentary charts available to purchase online.

Tyldesley was born in Radcliffe, Lancashire, and was educated at Bury Grammar School, Kirkham Grammar School and the University of Nottingham. He obtained an honours degree in Industrial Economics, but always wanted to pursue a career in sports commentating.

In June 1975, he began his broadcast career straight from university with Radio Trent in Nottingham, where he became their regular Nottingham Forest reporter. In April 1977, he joined Radio City (Liverpool) and remained there for the next 12 years.

After succeeding Elton Welsby as City’s sports editor, he covered the successes of Everton and Liverpool through the late 1970s and 1980s. Tyldesley was on-air at the scene of the Heysel disaster in 1985, but did not attend Liverpool’s tragic FA Cup semi-final at Hillsborough in 1989. He was heavily involved in City’s coverage of the aftermath of the disaster. 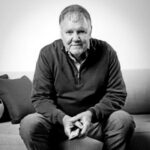 Clive Tyldesley – Engagement is Everything

Clive Tyldesley – Engagement is Everything