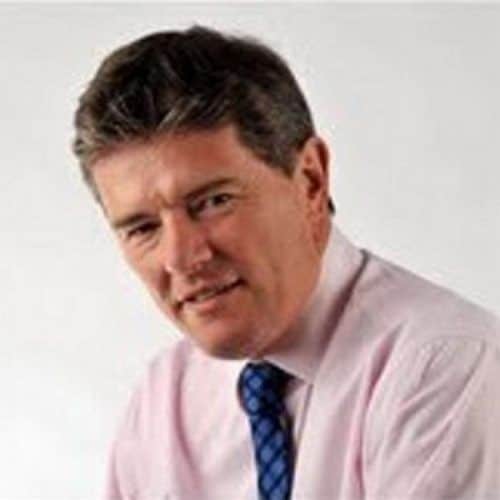 David Smith is an award winning author, journalist and speaker specializing in economics and won the ‘Economics Commentator Award’ at The Comment Awards 2013.

He has been Economics Editor of The Sunday Times since 1989, where he writes a weekly column. He is gifted in his ability to present complex economic issues in a straight forward manner, explaining everything from the global financial crisis to the state of Europe and the rise of the new economic giants. His new book “Something Will Turn Up: Britain’s economy, past, present and future” was published in July 2015.

David Smith started his career as an Economic Report Writer for Lloyds Bank, before moving to the Henley Centre in a forecasting role. He then went into journalism, writing on Business and Economics for Now! Magazine and Financial Weekly before becoming Economics Correspondent of The Times in 1984. He went across to The Sunday Times in 1989 as Economics Editor and is now also their Policy Advisor and Assistant Editor. He writes a weekly column and is chief leader-writer. He also writes columns for the CBI’s Business Voice, Tax Journal, Professional Investor, British Industry and The Manufacturer.

His website – EconomicsUK.com is home to his blog-style economic commentary.

He is a regular speaker at business and academic events and has written several books. His book Free Lunch is described as a clever and witty introduction to economics, while The Age of Instability sets the near collapse of the international financial markets and the banking system in a global and historical context.

He was born and brought up in the West Midlands and studied at the Universities of Wales, Oxford and London. He is a visiting professor at both Cardiff University and Nottingham University, and has lectured at Nottingham’s Malaysia and Ningbo (China) campuses. In 2004 he was awarded the Harold Wincott Award for Senior Financial Journalist of the Year and was Highly Commended Feature Writer of the Year at the 2008 British Press Awards. In 2013, David was also awarded the Economics Commentator Award by Editorial Intelligence at The Comment Awards