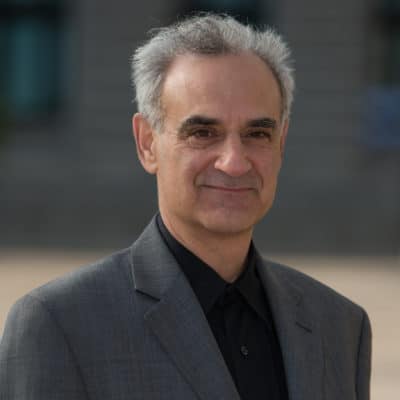 Co-founder and president, Health Care Without Harm and Practice Greenhealth

Gary Cohen is a social entrepreneur and activist spurring environmental responsibility in health care both in the United States and abroad.

In 1996, he co-founded Health Care Without Harm (HCWH), initially a grassroots cooperative, to bring attention to the fact that American hospitals had been major contributors to environmental pollution and had been largely ignoring the damage to local communities and environments caused by extensive use of harmful chemicals in medical devices, toxic cleaning agents, reliance on fossil fuels, and disposal of waste via incineration.

Cohen has led a paradigm shift in the perceived responsibility of health care providers, from a narrow, patient-centered duty of service regarding individual health to a broader obligation to also “do no harm” to surrounding communities, their residents, and the global environment.

At first, Cohen focused on one toxin or waste byproduct at a time. HCWH’s campaign against the use of mercury, a highly toxic neurotoxin once ubiquitous in thermometers and other medical devices, led to its virtual elimination in the United States and ultimately a global treaty phasing out its use by 2020. HCWH is also credited with playing a leading role in reducing the number of carcinogenic-emitting waste incinerators in the United States from 5,600 in the late 1990s to fewer than 70 in 2006.

Since its founding, HCWH has grown to comprise thousands of hospitals and healthcare partners in more than 50 countries. In proposing practical, economically viable solutions, Cohen has achieved remarkable success in galvanizing a sense of social responsibility among hospitals and health care conglomerates and spearheading voluntary (rather than through legal or judicial mandates) adoption of safer practices.

He has since expanded HCWH’s mission to engage environmental scientists, medical professionals, and institutional leadership around the broader challenges of sustainability, climate change, and community health. To that end, he has also founded or co-founded other organizations, including the Healthy Hospitals Initiative, a data-driven platform that guides hospitals in purchasing safer chemicals and healthy food and implementing energy efficient technologies, and Practice Greenhealth, a U.S.­-based membership organization for hospital systems to share best practices, information, and tools for environmentally responsible patient safety and care. In these ongoing strategic collaborations, Cohen is repositioning environmentally conscious healthcare as prudent, cost-effective, and easily within reach.

Gary Cohen received a B.A. (1978) from Clark University and studied at the University of California at Berkeley (1983–1984). He served as executive director of the National Toxics Campaign Fund (1989–1993) and co-founded the Military Toxics Project (1991–1994), before co-founding Health Care Without Harm (HCWH) in 1996. He currently serves as president of Health Care Without Harm and its membership affiliate, Practice Greenhealth.