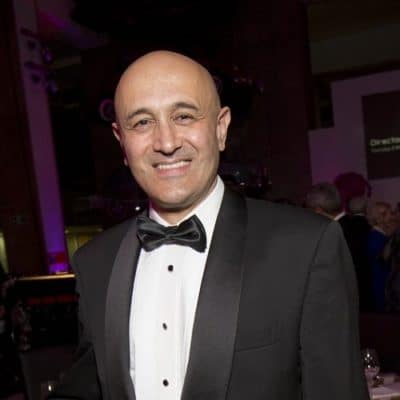 As well as being a respected science communicator Jim is an active researcher specialising in theoretical nuclear physics and quantum biology.

"Jim was a great way to end the conference. His lecture linked brilliantly with some of the earlier talks."

Jim Al-Khalili obtained his PhD in theoretical nuclear physics from Surrey in 1989. He spent two years as an SERC Postdoctoral Fellow at University College London before returning to Surrey in 1991. He was appointed lecturer in 1992 and, in 1994, awarded an EPSRC Advanced Research Fellowship for five years following which he reverted to a full time lecturer in the Department at Surrey. He was elected Fellow of the Institute of Physics in 2000 and promoted to Senior Lecturer in 2001. In 2003, he was elected onto the Council of the BA (British Association for the Advancement of Science). He was promoted to professor of physics in 2005. Despite his profile as a public scientist, Jim continues to teach undergraduate physics and carry out research. He has published almost a hundred papers in nuclear physics, quantum mechanics and quantum biology.

Jim is a fellow of the Institute of Physics and a trustee and member of its council. He is an honorary fellow of the British Science Association its president elect in 2018. He sits on the board of CaSE (the Campaign for Science and Engineering) and is a judge on the Queen Elizabeth Prize for Engineering. He is a vice present and past-president of the British Humanist Association.

Jim is a well-known science communicator, author and broadcaster. He has written eleven popular science books, between them translated into 26 languages. His book on quantum biology, written with Surrey colleague Johnjoe McFadden, Life on the Edge, has been shortlisted for the 2015 Royal Society Winton Prize. He is a regular presenter of TV science documentaries, including the Bafta nominated BBC series, Chemistry: A Volatile History. But he is probably best known as presenter of the weekly BBC Radio 4 programme, The Life Scientific. He is a recipient of the Royal Society Michael Faraday medal, the Institute of Physics Kelvin Medal and the Stephen Hawking Medal. He has honorary doctorates from Royal Holloway, the University of London (2013), University of Bradford (2014), University of Portsmouth (2015), The Open University (2015), the University of York (2017) and the University of Roehampton (2018). He received an OBE in 2007 for ‘services to science’.

Foundations of quantum mechanics and philosophy