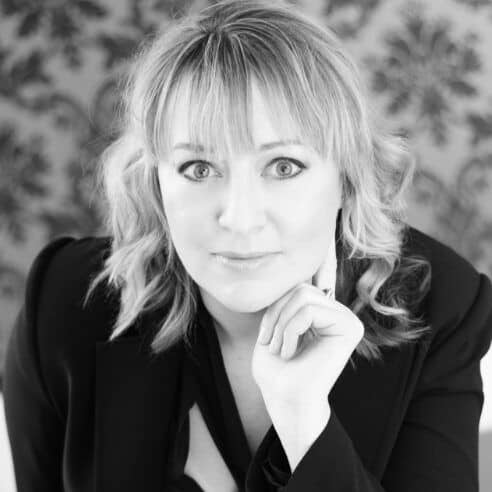 A renown serial innovator of sustainability innovation and disruptive strategy in fields including cities and the built environment, design, and the visual and media arts

Transdisciplinary design scientist and complex systems theorist Dr. Melissa Sterry is recognised as a world-leading authority on the science, technology, design, and thinking that could help humanity to build a better world. Primarily working with projects that chart unprecedented conceptual, creative, and commercial potentialities, including several first-to-market start-ups, Melissa has extensive experience of working with leading-edge ideas, individuals, and institutions worldwide.

"Once again thank you a lot for your fantastic speech! Lots of positive feedback from our clients… the best speech of the evening, fascinating, perfectly presented – how do you manage to create this positive atmosphere around, it’s just wonderful."

"Reputation, professionalism and experience are just three factors to consider when selecting speakers for events and Melissa excels in all three. She is inspiring and thought provoking and I would highly recommend trying to get her on your agenda."

Head of Conferences,
The Drum

"Melissa’s ambitious projects aim to create the kinds of change that could plausibly help us out of some of the most serious environmental challenges we face as a society. A rare combination of a visionary perspective with excellent organisational and networking skills. I think we can count ourselves lucky to have her helping us design and build a sustainable future."

"Melissa participated, alongside other experts including Trevor Baylis OBE, in a panel debate about Eco-design during the first pioneering UK AWARE event in May 2008. Her knowledge and expertise in this field were only surpassed by her ability to communicate her ideas to the audience in a fun, straightforward and engaging way. I would thoroughly recommend Melissa for any speaking engagement of any kind."

"I was fortunate to have Melissa as my dissertation supervisor earlier this year and I could not have asked for a more professional and dedicated person to supervise my work. She always offered unparalleled competence, shrewd judgement, quick response to my lengthy emails and thorough feedback. Although my project took a couple of turns she remained a partner in my journey, her advise never prescriptive or limiting and her intervention always balanced perfectly to enhance my learning while making sure progress is steady. Melissa is a wonderful and supportive mentor who listens, who is able to bring out the best in people and makes every conversation a delightful and insightful experience. She is the type of person who would go out of her way to help in a variety of ways."

"Melissa participated in a panel discussion about sustainable design alongside other well-known design commentators and experts at Ecobuild 2011, during which she spoke with passion and clarity as she described her ideas about how ‘design’ and designers can adapt in a world where sustainability is imperative. Her engaging style and creative content played an important role in delivering a lively and informed debate which was very well received by the designer / architect audience."

"Melissa was very knowledgeable and the architects and designers present thought it was very insightful."

"Melissa’s brief was to present a ‘provocation’ around participation and media. She provided an intelligent and focused speech which got the whole group thinking in new and innovative ways. She is well informed, well connected and open to new approaches."

"Melissa has been a beacon for me in the past few years. She is one person who puts her money where her mouth is which is refreshing, invigorating, and all too rare. She is a one-woman fountain of knowledge; Well-researched, superbly distilled information is literally a constant – and she gives generously of herself to others with her copious wisdom and clear, informed, and astute vision of the future. More words and phrases that come to mind – smart, incisive, clear-headed and representative of best practices in approaching global business, design, innovation, sustainability, and social policy. Most of all, she’s One to Watch and should be on everybody’s go-to list."

"Melissa is one of the few people I know who truly understands the meaning of collaboration. When I first bumped into Melissa, a fellow Future 100 entrepreneur, she was a breath of fresh air and a person I instantly warmed to with a genuine positive energy. Never afraid to speak her mind, Melissa talks sense. She is one of the best creative minds I have had the pleasure of working with. Melissa’s contributions have been some of the best we have had. I would never think twice about picking up the phone to ask Melissa for strategic advice when making creative and/or business decisions."

"Melissa is incredibly creative and switched on. She has the ability to come up with fantastic ideas AND make them happen. Plus her industry contacts are legendary!"

"Melissa is a smart and dedicated professional with a great work ethic. She is a passionate speaker full of innovative thoughts, with a sharp vision for a sustainable future. She was a great pleasure to work with. Her keynote to our Board and Scientific Committee was very interesting and great food for thought."

A recipient of several national and international innovation, creativity and enterprise awards, including the Mensa Education and Research Foundation International Award for enhancing intelligence that benefits society, Melissa is a ’40 over 40 Women to Watch’ honouree, was listed in the ‘Libertine 100’ – one hundred women with complex, beautiful and potentially world-changing ideas, and an inductee of the Global Women Inventors and Innovators Network Hall of Fame.

One of the world’s most high profile futurists, Melissa consults to both executive-level private and public sector clients globally. Specialising in futures in the built environment, utilities, manufacturing, engineering, design, publishing, media and communications, she has contributed to groundbreaking projects and publications as far and wide as the United States, South and South East Asia, UK, and Europe.

Regularly featured throughout the media, Melissa is published in over sixty international trade, consumer and academic titles. She has participated in wide-ranging media productions for film, television, radio and internet, including podcasts, to-camera interviews, fly-on-the-wall documentaries, presenting, and both live and pre-recorded radio interviews. Past assignments include featured expert and media figurehead in Interface’s ‘Beautiful Thinking’ campaign; technology figurehead for The Guardian’s ‘The Future Designed Around You’ supplement, sponsored by Volvo; in conversation on future cities with Neil deGrasse Tyson for Star Talk radio; and presenting ‘Leonardo’s City’ for BBC Radio 4.

Since 2010, Melissa has conducted transdisciplinary research into the potential for building urban and peri-urban resilience to major meteorological, geological, and ecological disruptions through the mimicry of the biochemistries, behaviours, relationships and systems of flora and fauna, and the assemblages the form. Outputs include her PhD, which completed at the Advanced Virtual and Technological Architecture Research [AVATAR] group in London, posits a radical new architectural and urban design paradigm for the wildland urban interface. Her thesis and its legacy research and publishing works are shared through digital open access project Panarchic Codex® [est. 2018].

Melissa is the founder/director of London-based biofuturism consultancy Bioratorium® [Est. 2019], its lab Labioratorium®, and of Bionic City® [Est. 2010], which asking “how would nature design a city?”, explores the potential of biodesign, biomimetics, and biotechnology in the built environments of the now, near and far future. Developing original research, concepts and creative works, Bionic City® has attracted a global community of interest and has collaboration and co-creation partners across multiple cutting-edge disciplines worldwide. Her earliest interrogations dating to the early 90s, Melissa has 25+ years experience in researching and developing original biomaterial, bioinformatic, and bioinspired concepts in textiles, fashion, architecture, construction, urban planning, and infrastructure.

Her past and present academic activities include visiting lecturer, visiting fellow, workshop host, Masters thesis supervisor, guest critic, peer-reviewer, and assembly and scientific committee member at several leading European architecture, built environment, and design research institutes and organisations, including The Bartlett at UCL, University of Innsbruck, Institute for Advanced Architecture of Catalonia, Architectural Association School of Architecture, Ravensbourne, and the University of Salford, among others. Her wider affiliations include guest professor with Professors Without Borders.

​A graduate of the world’s first interdisciplinary design bachelors degree course [1996], she started her career working with both traditional and emerging digital design and communications media, founding her first business within a year of graduation. She has further founded and directed several high-profile creative projects throughout her career, including award-winning sustainability think tank and collaborative laboratory Societás [2004 – 2010]; award-winning catalyst for rapid innovation in sustainable design for the built environment, New Frontiers [2008 – 2010]; and the world’s first online visual arts awards – the Creative Graduate Prize – for photography, painting, illustration, and installation art [2004 – 2010] and the Iconique Societás Awards – for fashion photography, illustration, styling, and art direction [2007 – 2010].

A chartered scientist with the Science Council, in addition to her doctorate and professional accreditations, Melissa’s qualifications include a Postgraduate Certificate with Commendation in Innovation and Enterprise from Kingston University London, and a Bachelor of Arts with Honours and Commendation for her final year thesis in Design Practice from the University of Salford. 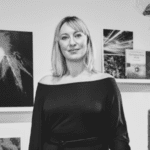 Melissa Sterry – Innovation against the odds