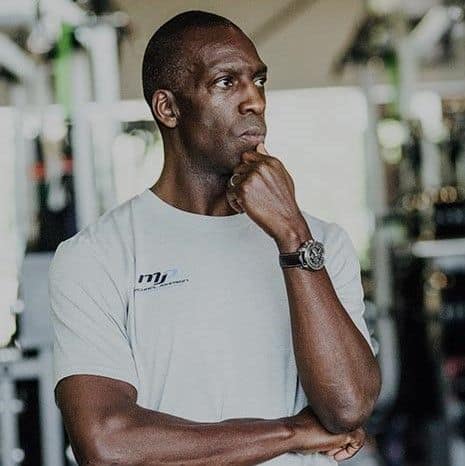 Once known as the ‘fastest man in the world’, Michael Johnson is an iconic Olympic sprinting champion.

The most successful 200 and 400 metre sprinter in history, Michael Johnson has won four Olympic Gold medals and is still the world and Olympic 400m world record holder. His legendary speed and athleticism during his career was fuelled by absolute determination and dedication to training. As demonstrated by his frequently quoted saying “athletes aren’t born; they’re made”, Johnson aims to help others find the motivation they need in order to achieve their full potential and to succeed, helping his audience to realise the importance of perseverance and tenacity.

Passion and dedication have been the cornerstones of Johnson’s career and he is determined to help others unlock their potential and achieve their goals in all walks of life. Experience as a sportsman and as a coach combine to create a truly exceptional motivational speaker.

Michael discusses how failure can be an asset and how one can learn from mistakes and stay positive in trying times.

Michael talks about how to maintain the discipline to stay focused, handle pressure and eliminate the fear of failure to set and achieve long-term goals.

Michael shares the captivating story of his Olympic triumphs and the work ethic that it took to achieve his ultimate goal of Olympic glory.